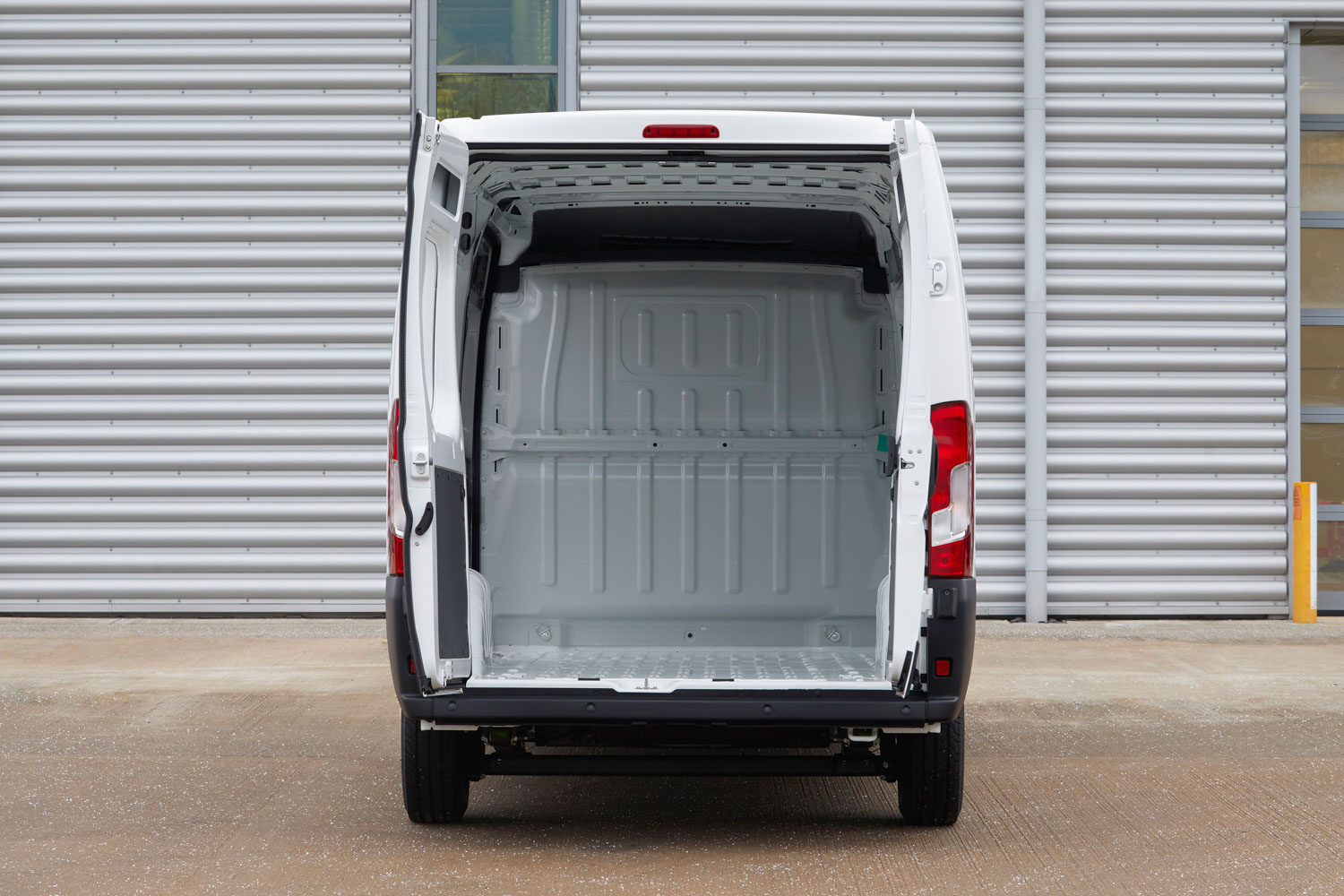 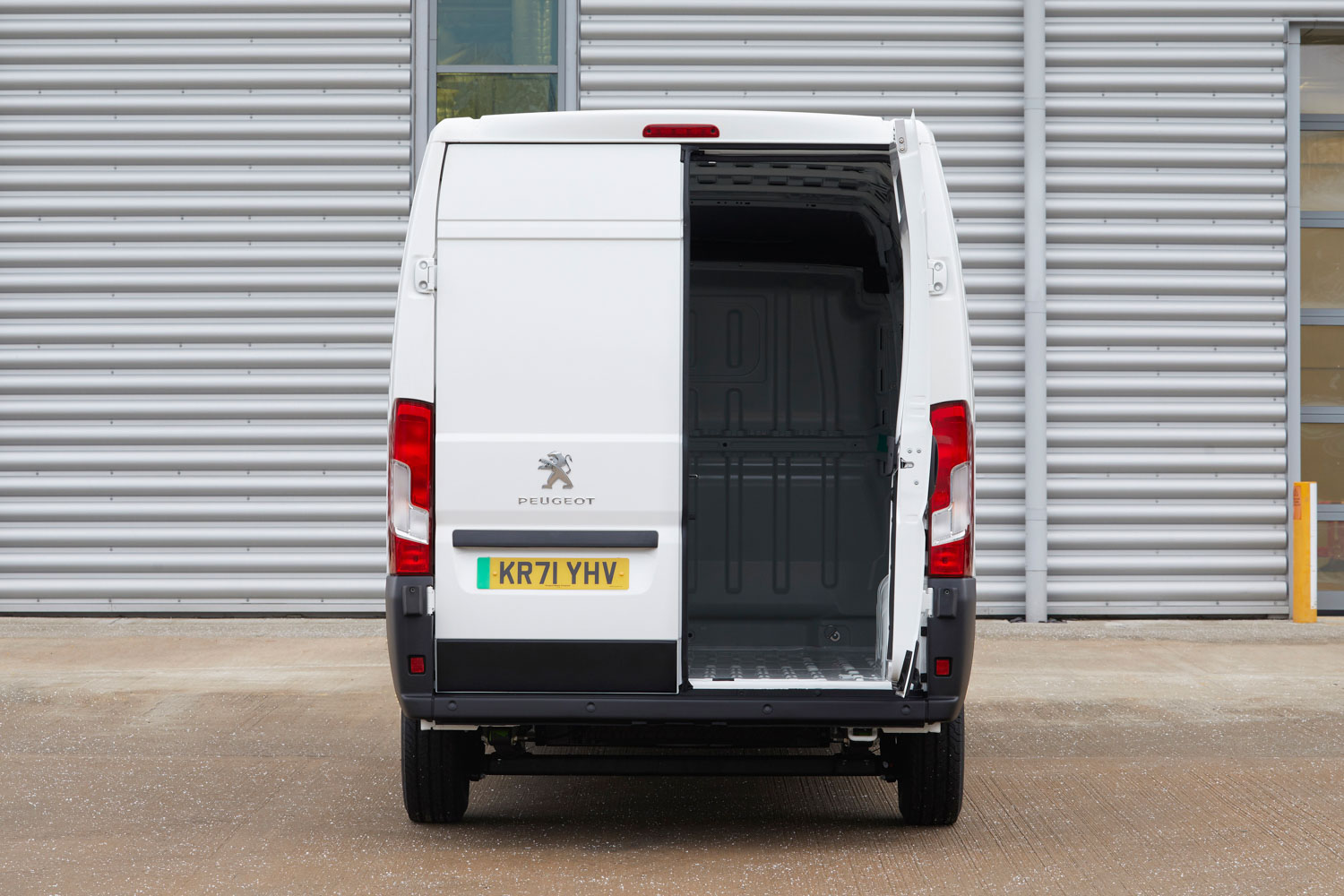 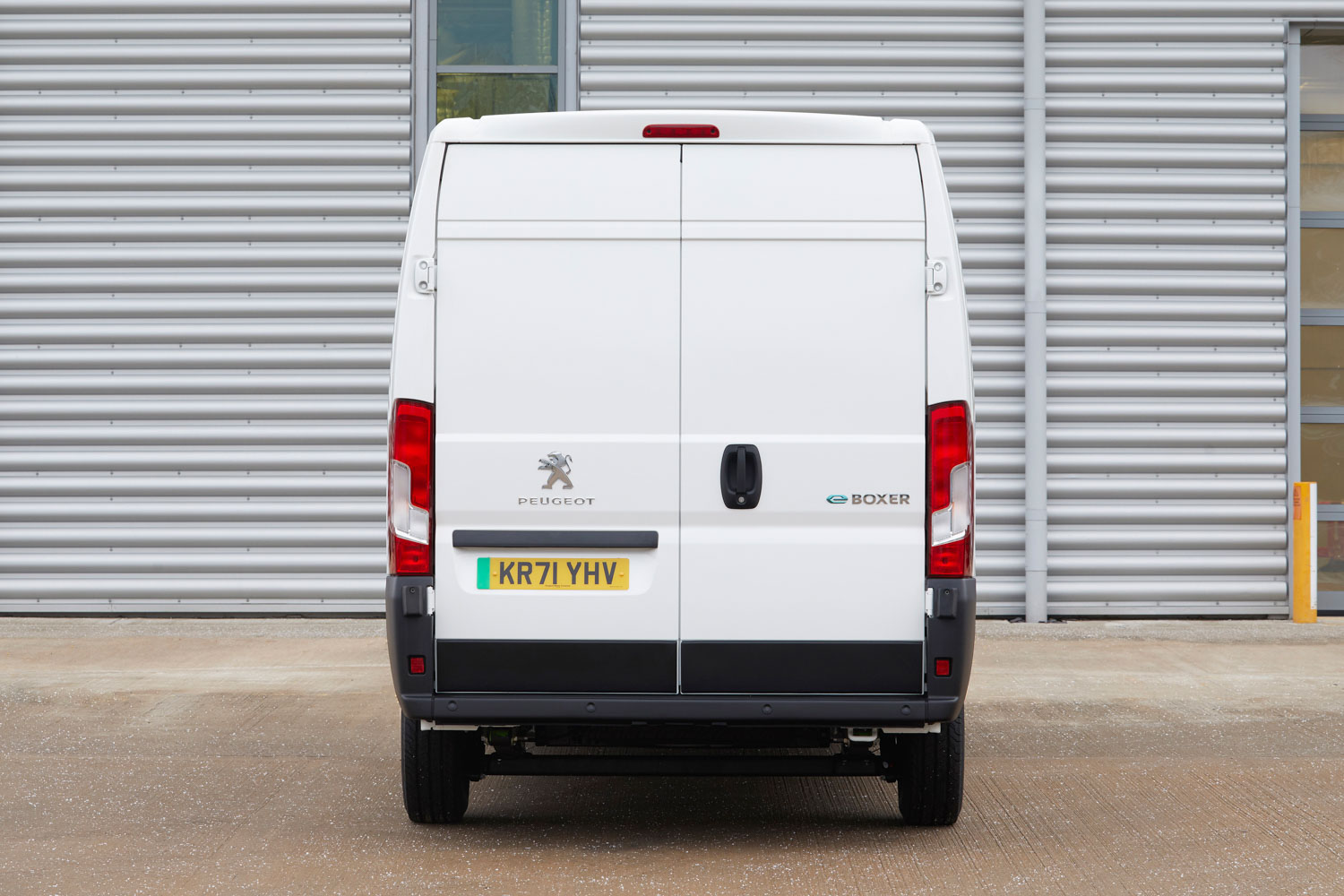 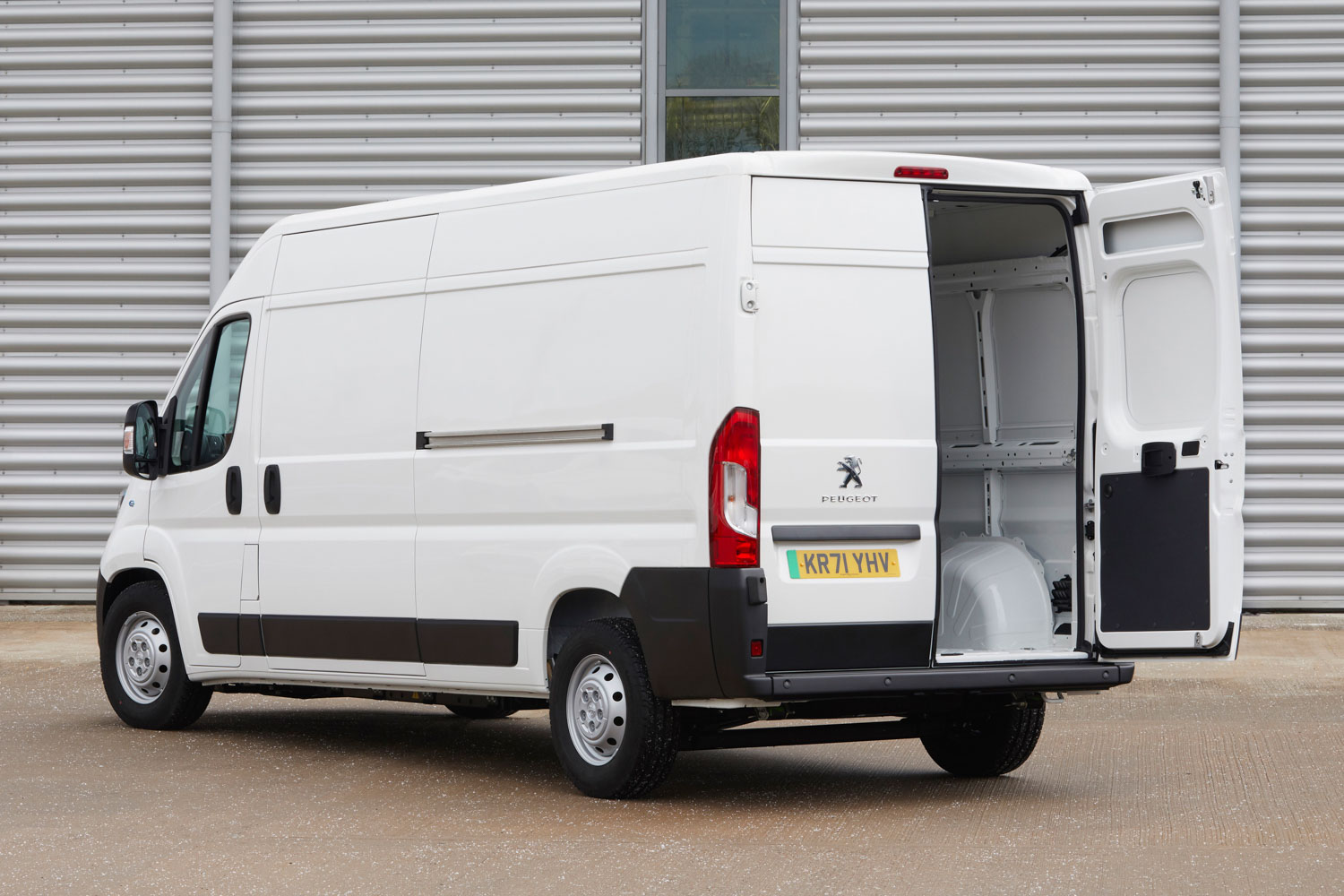 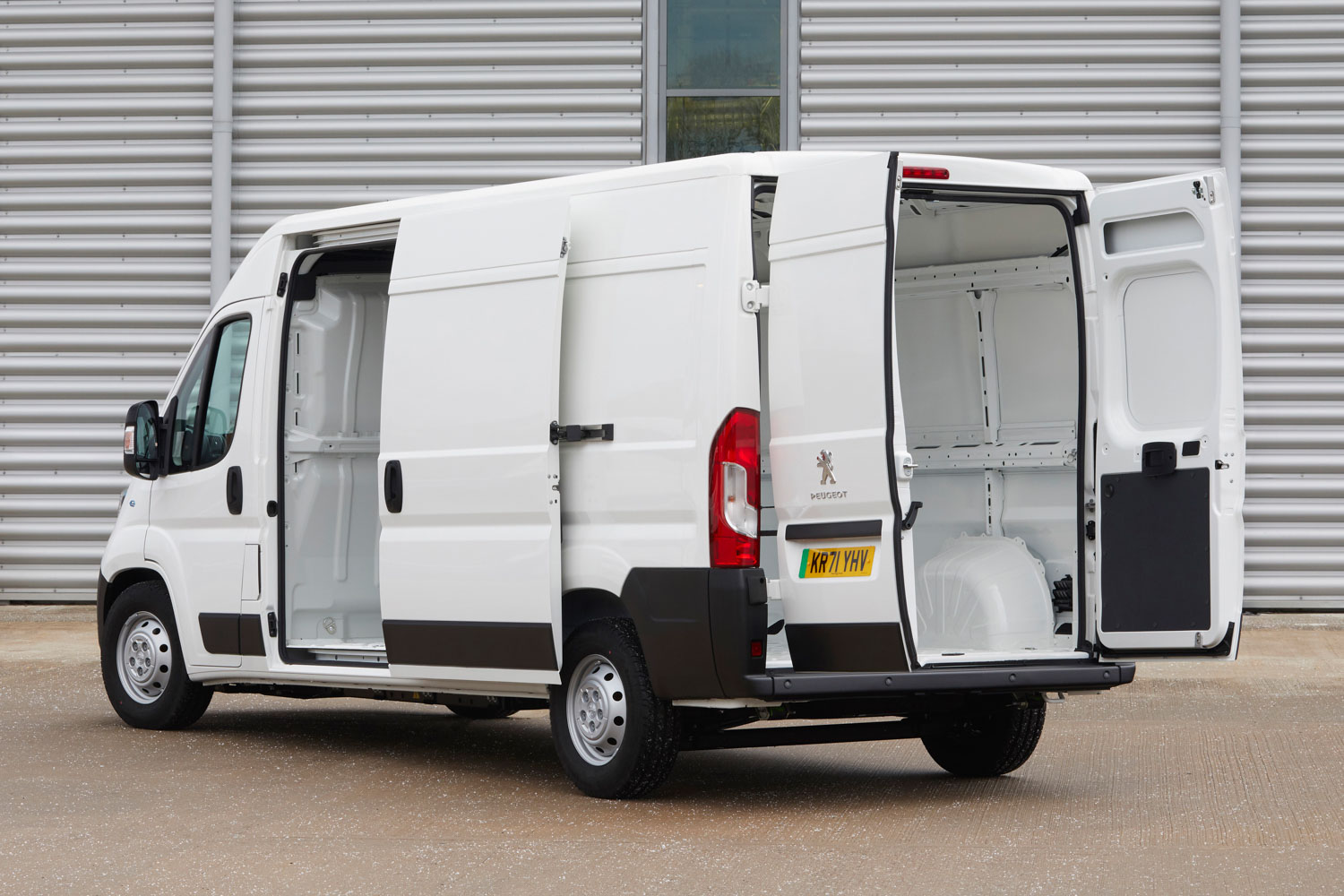 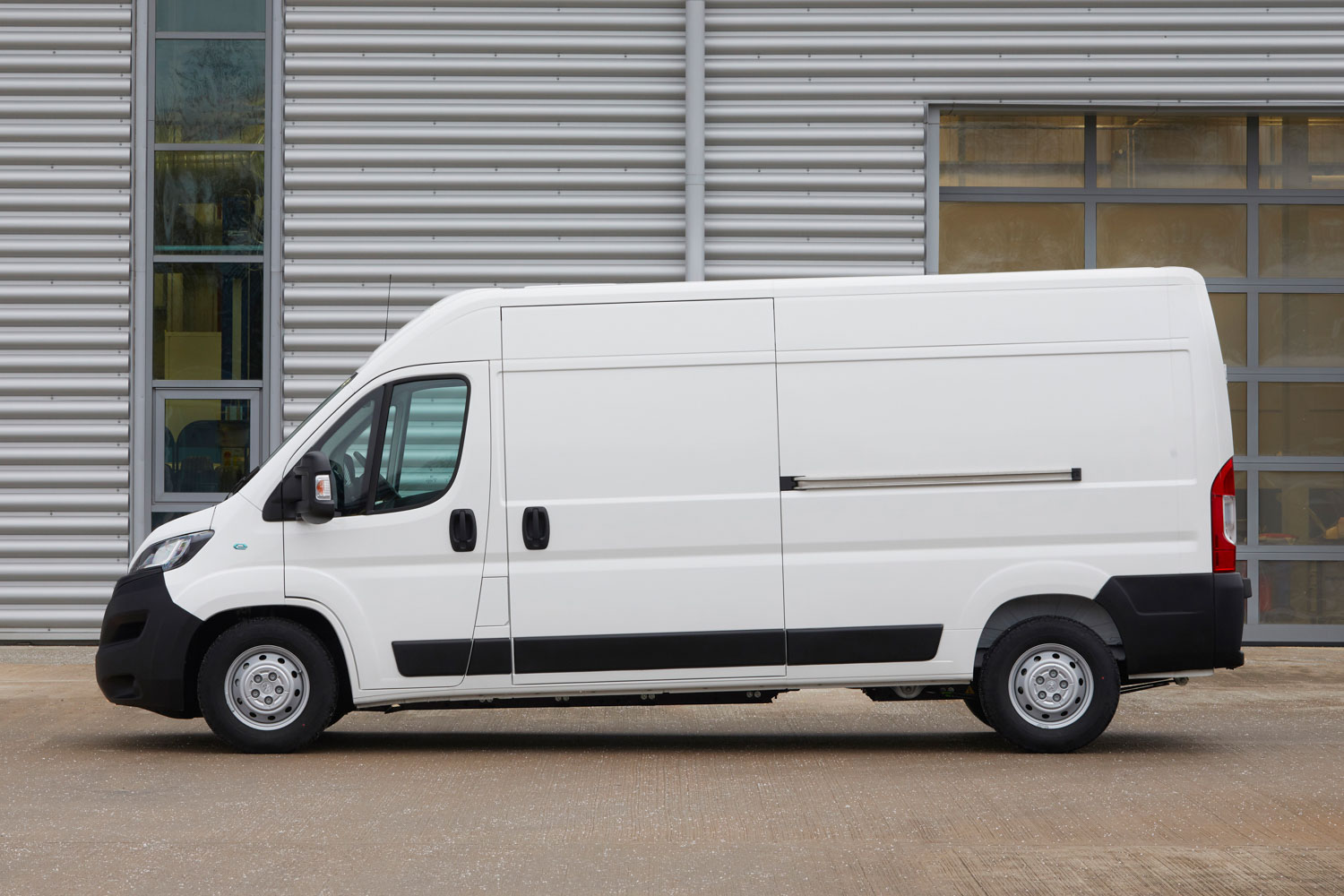 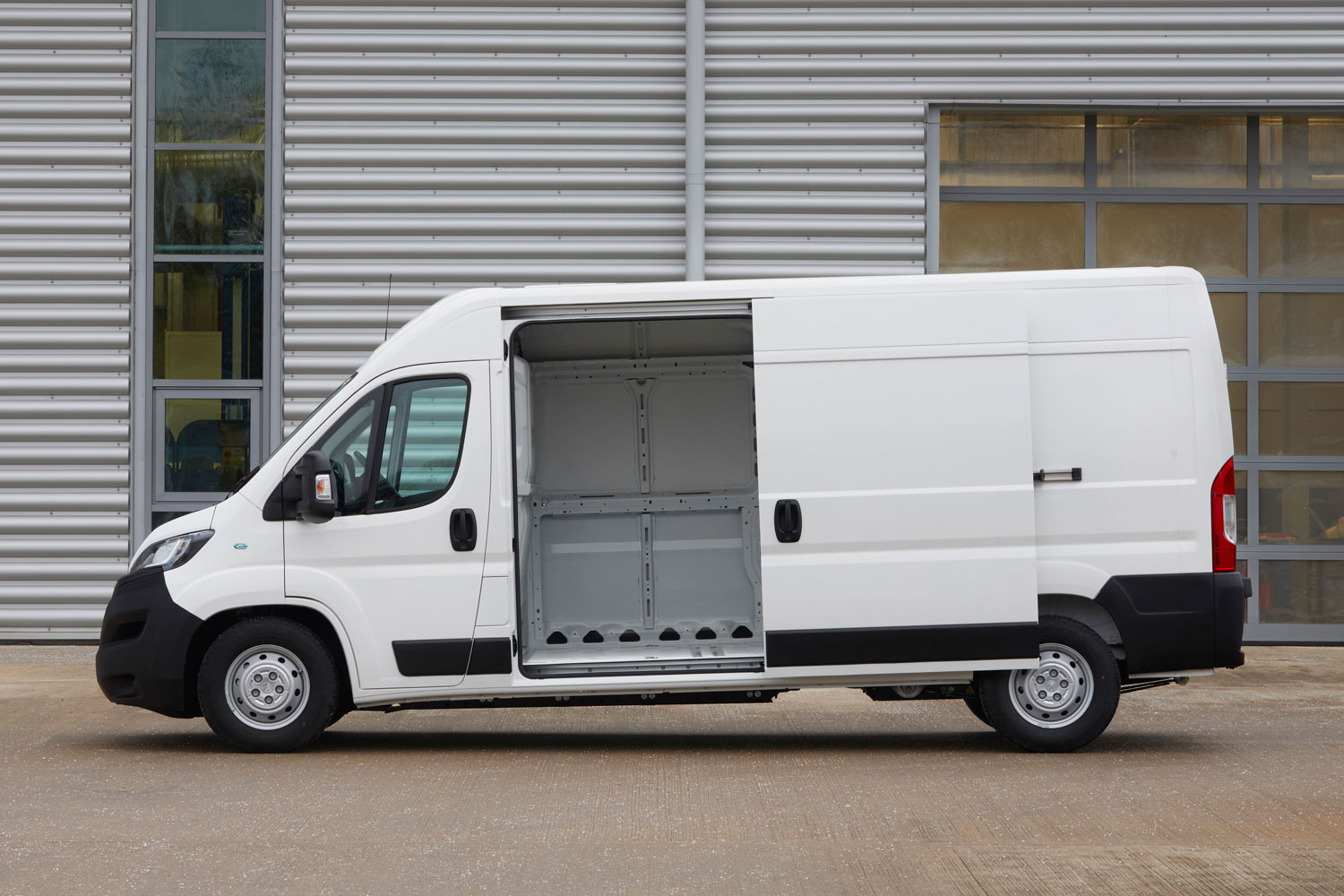 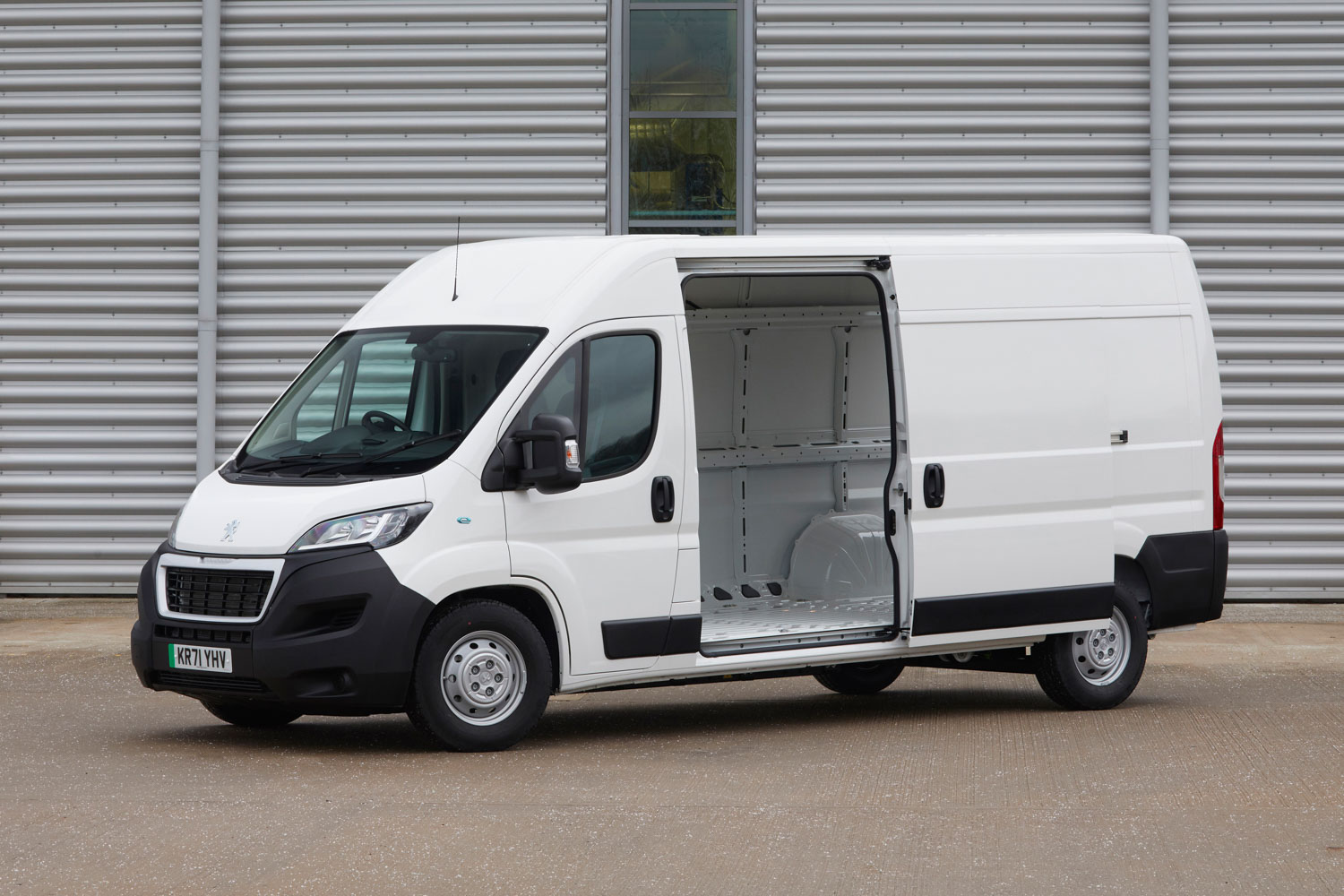 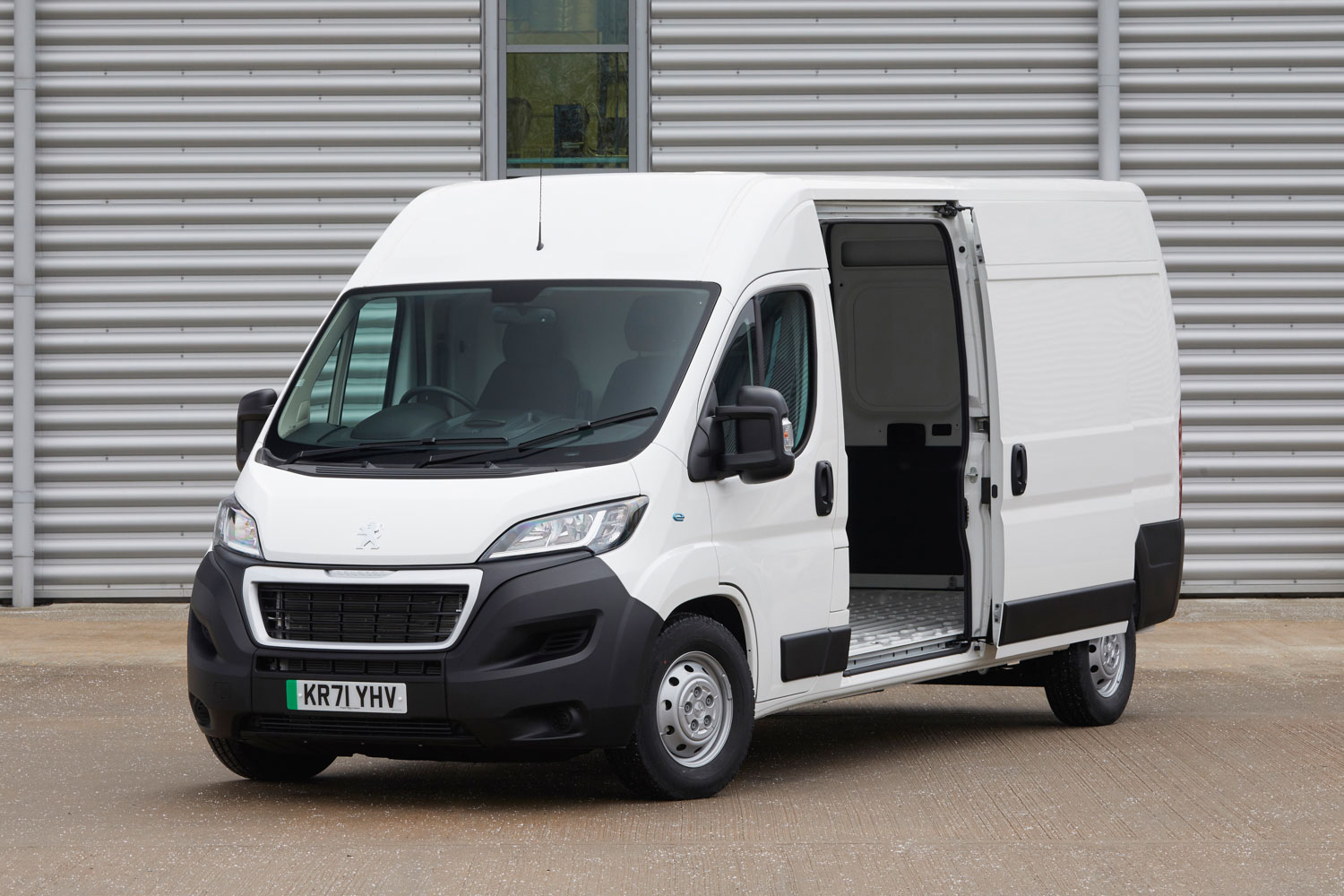 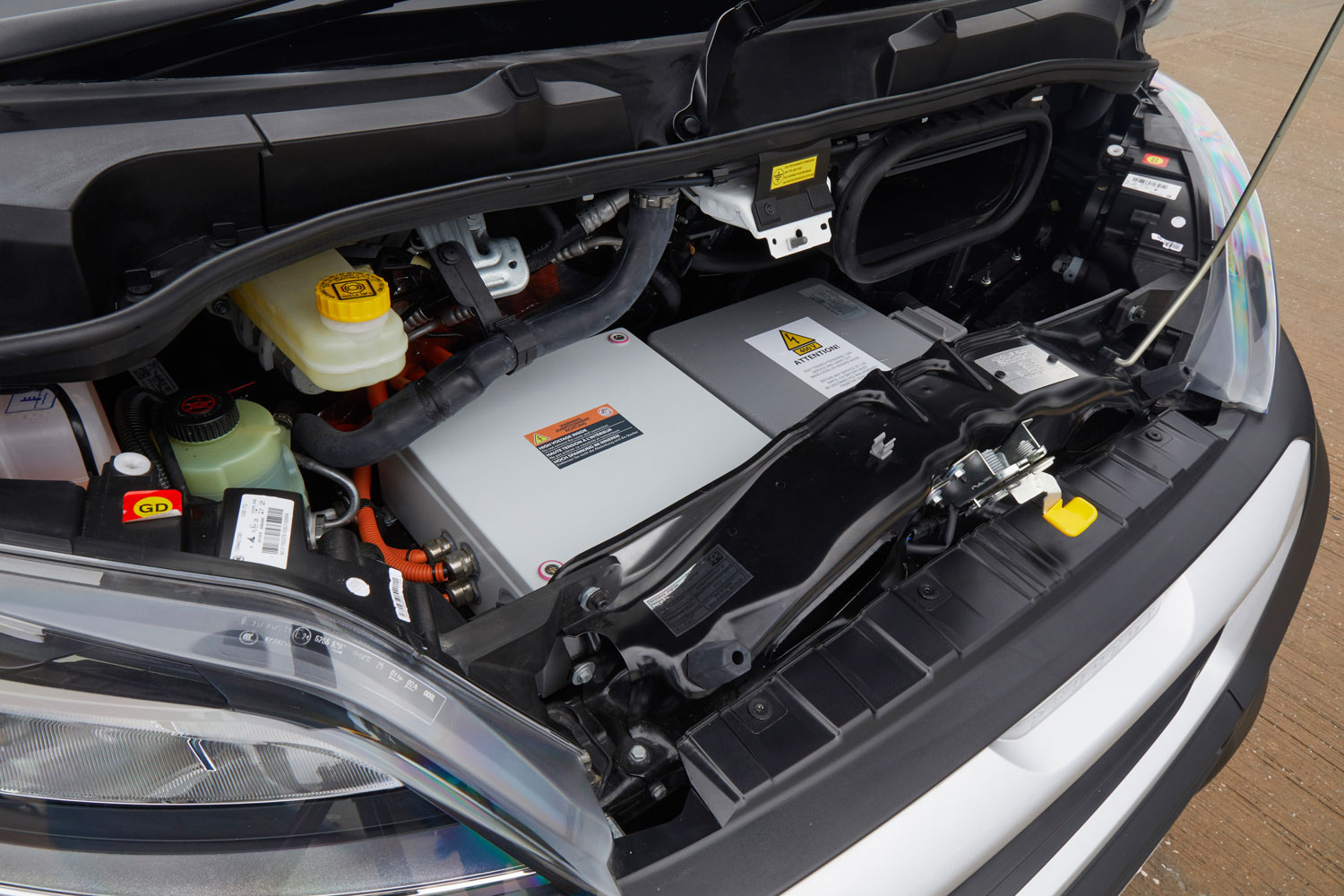 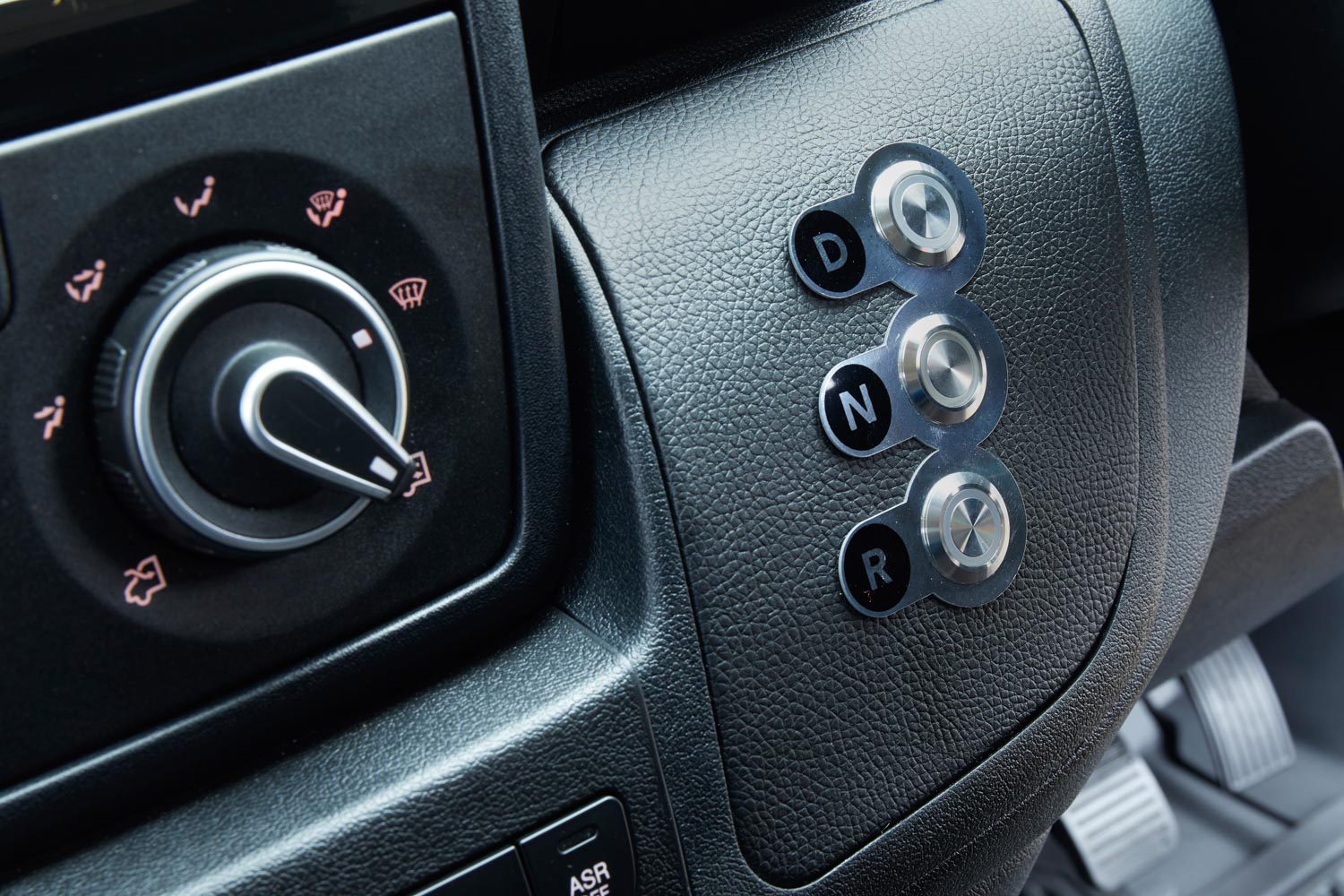 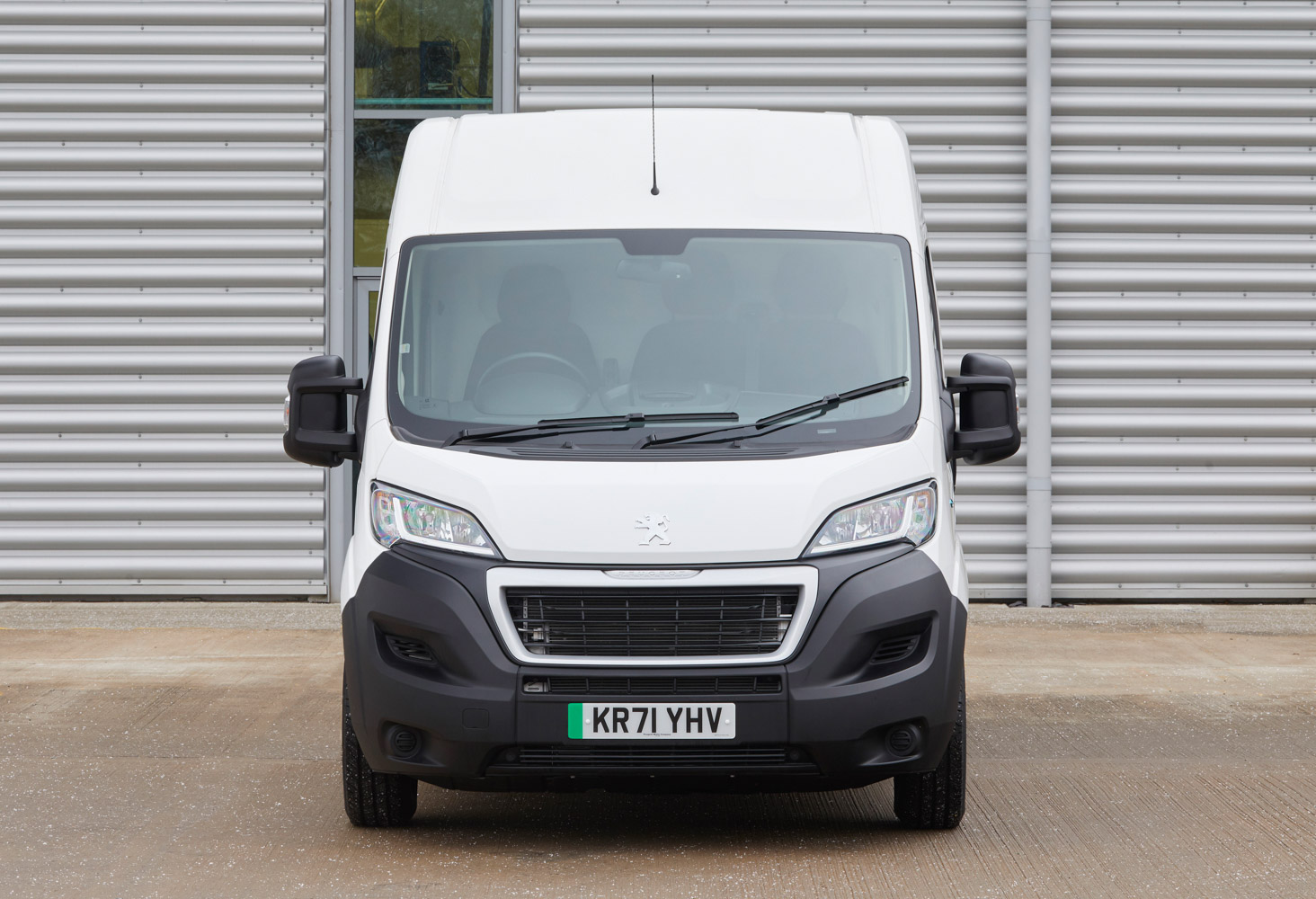 The arrival of the Peugeot e-Boxer comes at the same time as the mechanically identical Citroen e-Relay, and means that Peugeot now has electric versions of all three of its panel vans. Power comes from a 120hp electric motor that sends drive to the front wheels via an automatic gearbox.

Like the Citroen, two battery packs are offered in 37kWh or 70kWh sizes, while the Peugeot comes as a panel van in three lengths and a single medium roof height. There’s a driving range of up to 224km offered with the 70kWh battery, according to Peugeot’s official WLTP figures.

Prices are yet to be confirmed for Ireland, but go for the 37kWh battery van, and you’ll make a price saving of around 10 per cent over the 70kWh version. However, the range is only a modest 117km on a full charge – it might be worth paying extra just to get the 70kWh model’s additional range if the smaller battery fills you with anxiety about whether you’ll be able to do a day’s work without recharging. 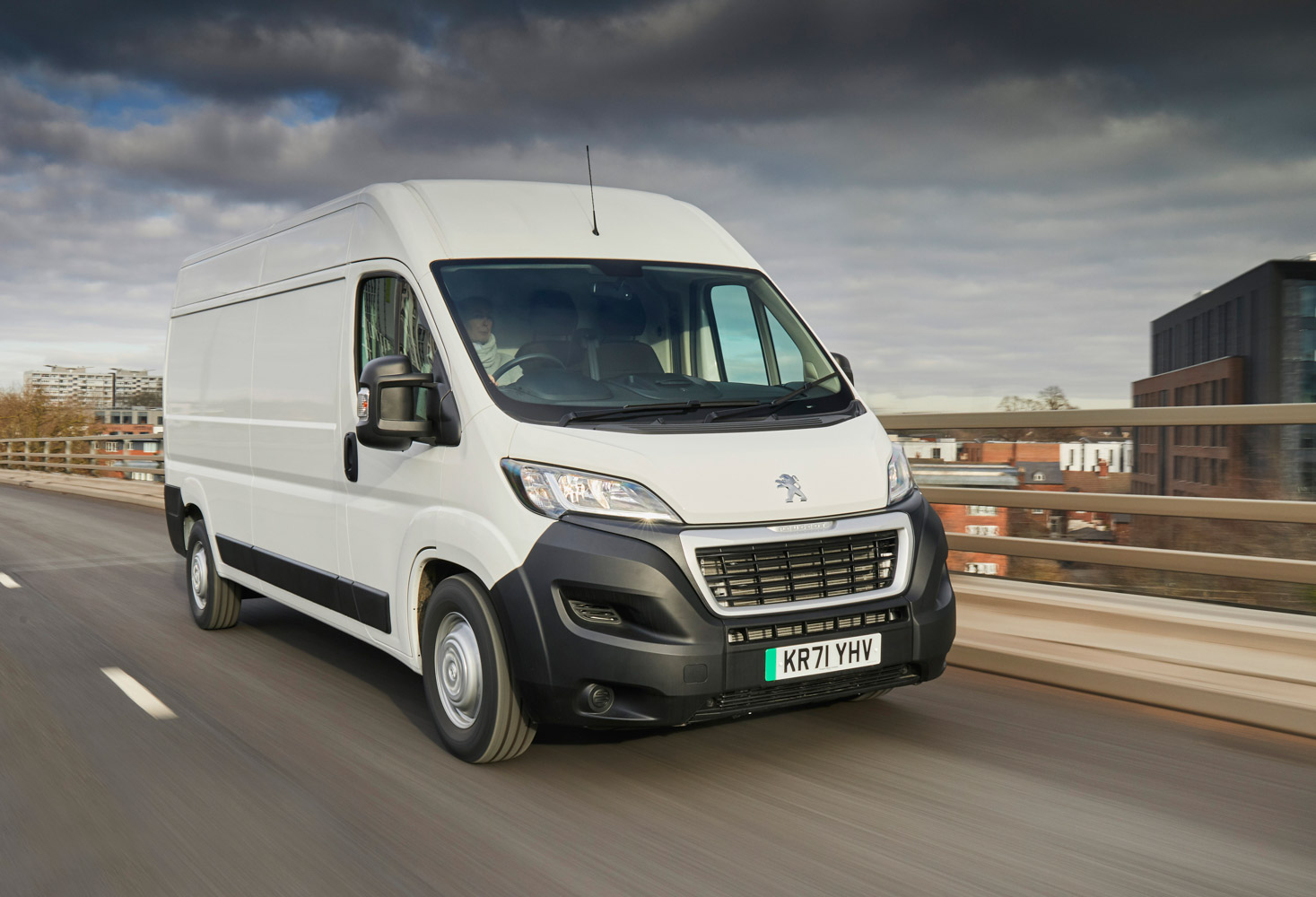 The e-Boxer has the same 50kW charging system found in Peugeot’s smaller e-Partner and e-Expert electric vans, so you can recharge the 70kWh battery in as little as one hour from a high-voltage DC chargepoint. If you’re charging from a wallbox, then a three-phase 22kW unit can recharge the 37kW battery in three hours, while a 7.4kW source doubles that to six hours. With a bigger battery, the 70kWh model takes longer, with times of nine and 12 hours respectively 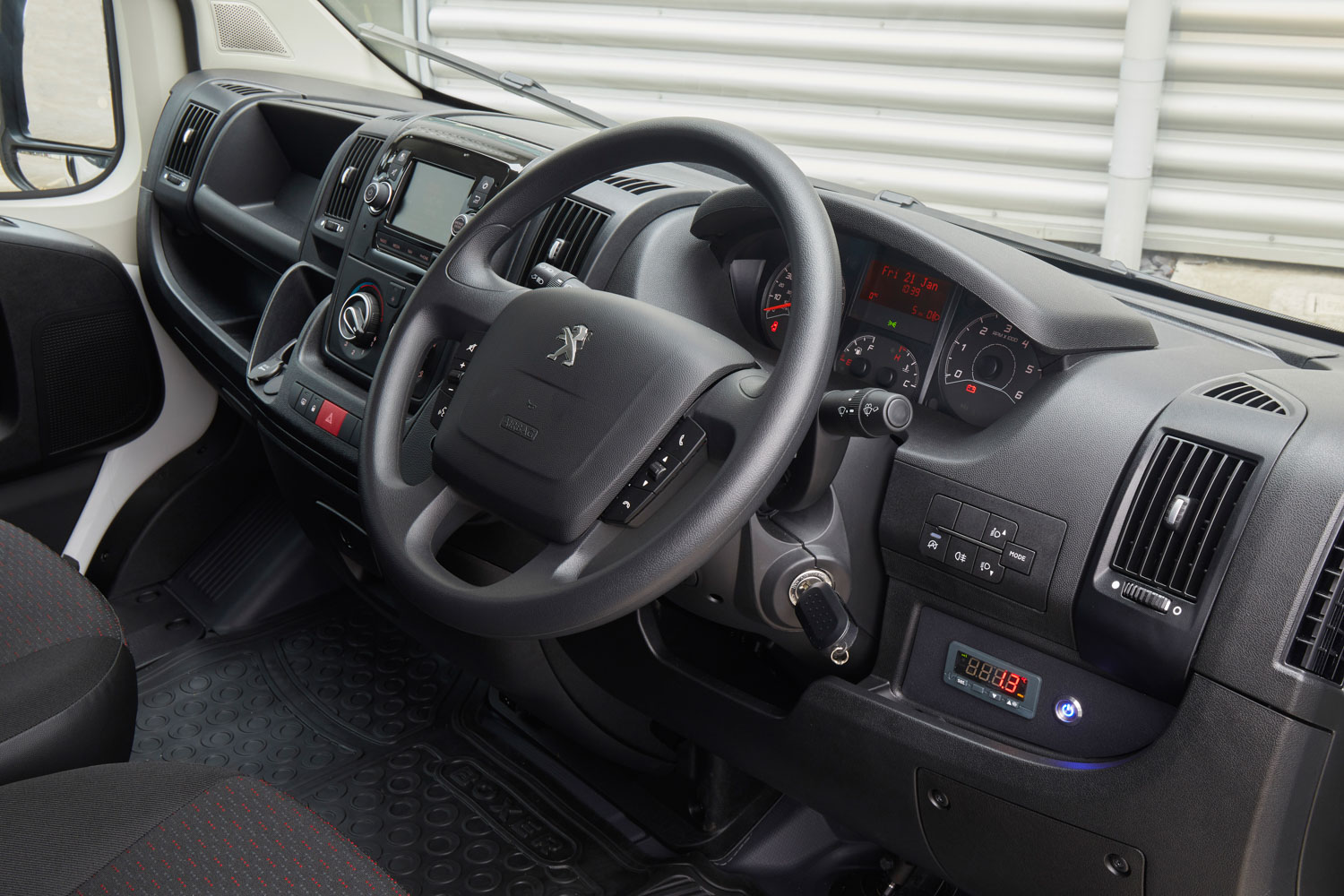 An aftermarket company in Turkey takes the standard Boxer diesel and replaces the running gear with the electrical system, and it’s not the most subtly integrated system. The dials are the same as those fitted to the diesel, but only the speedometer now works and the rev counter, fuel gauge and water temperature displays have had their needles removed. 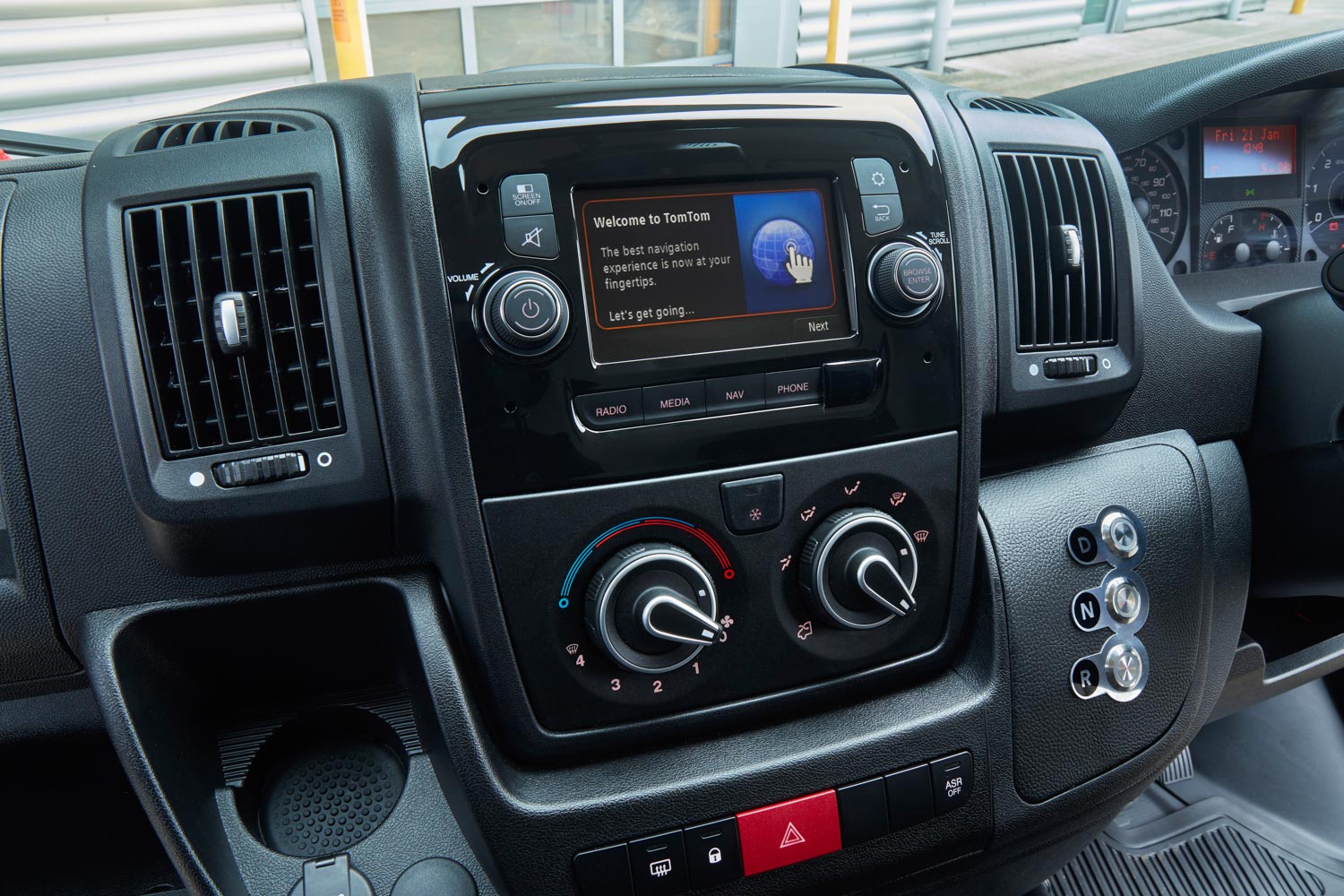 Also gone is the function of the temperature control on the heater. The rotary switch is still there, but only the fan and direction controls now do anything. Instead, heat is generated by a separate source, which is operated via a display set low in the dashboard to the right of the steering wheel. It’s a pretty basic system, but it gets the job done.

The status of the battery, its range and energy use is found in a fairly unique place, too. While most rivals add this to the central touchscreen or a dedicated monitor, the e-Boxer’s electrical info is found in the rear-view mirror. You get used to checking the mirror for this information eventually, and at least it means it’s now being used for something other than showing you the steel bulkhead immediately behind you. 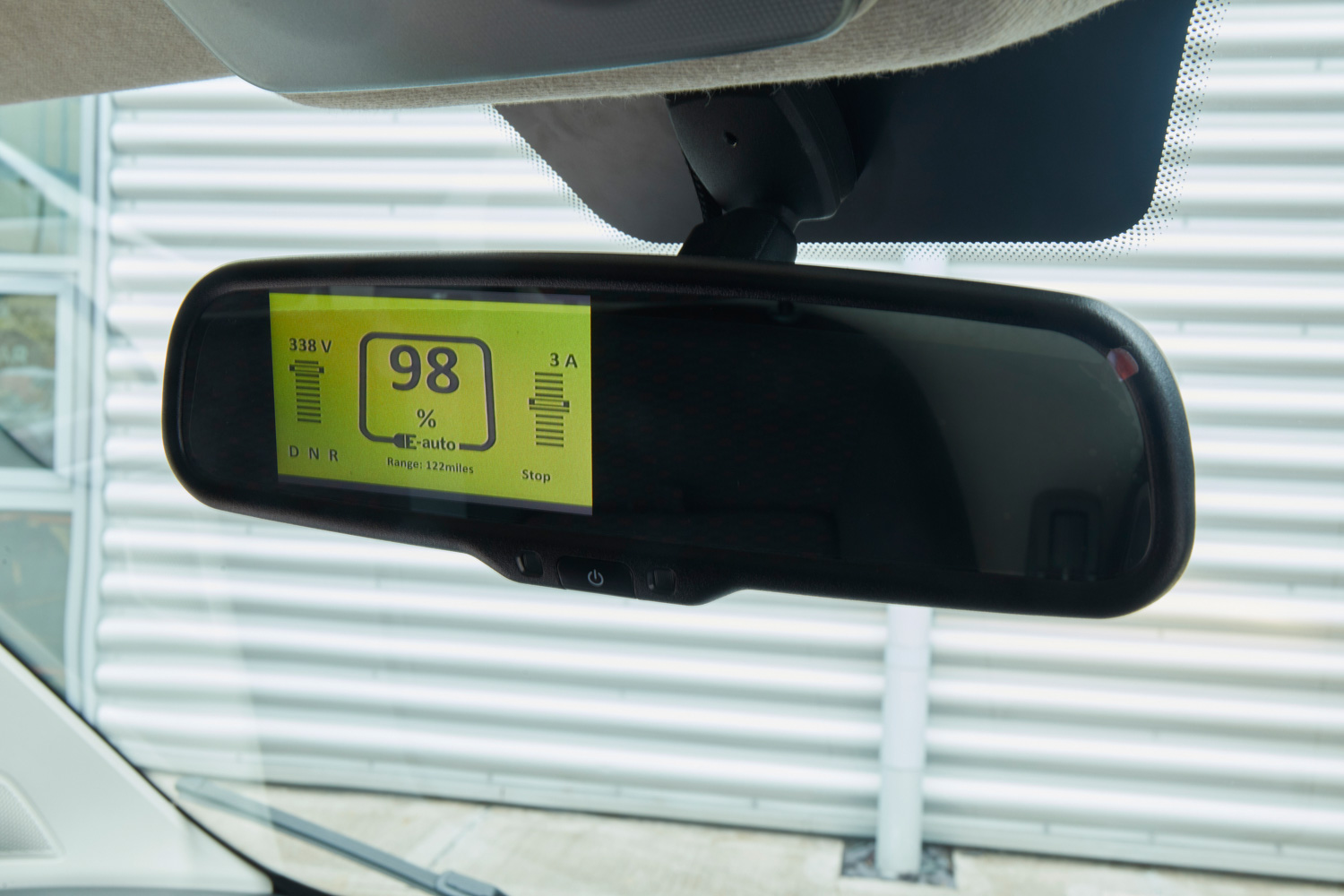 The Peugeot e-Boxer isn’t a quick machine, since 120hp can only do so much with a van nudging three tonnes in big-battery guise. There’s no sudden leap off the line like you’ll find in Peugeot’s smaller electric vans, instead the e-Boxer cruises up to speed (limited to 75mph to save battery range). It’s quicker to respond when you’re on the move, although the drive system does feel rather jerky when accelerating and braking, and it’s difficult to be smooth. 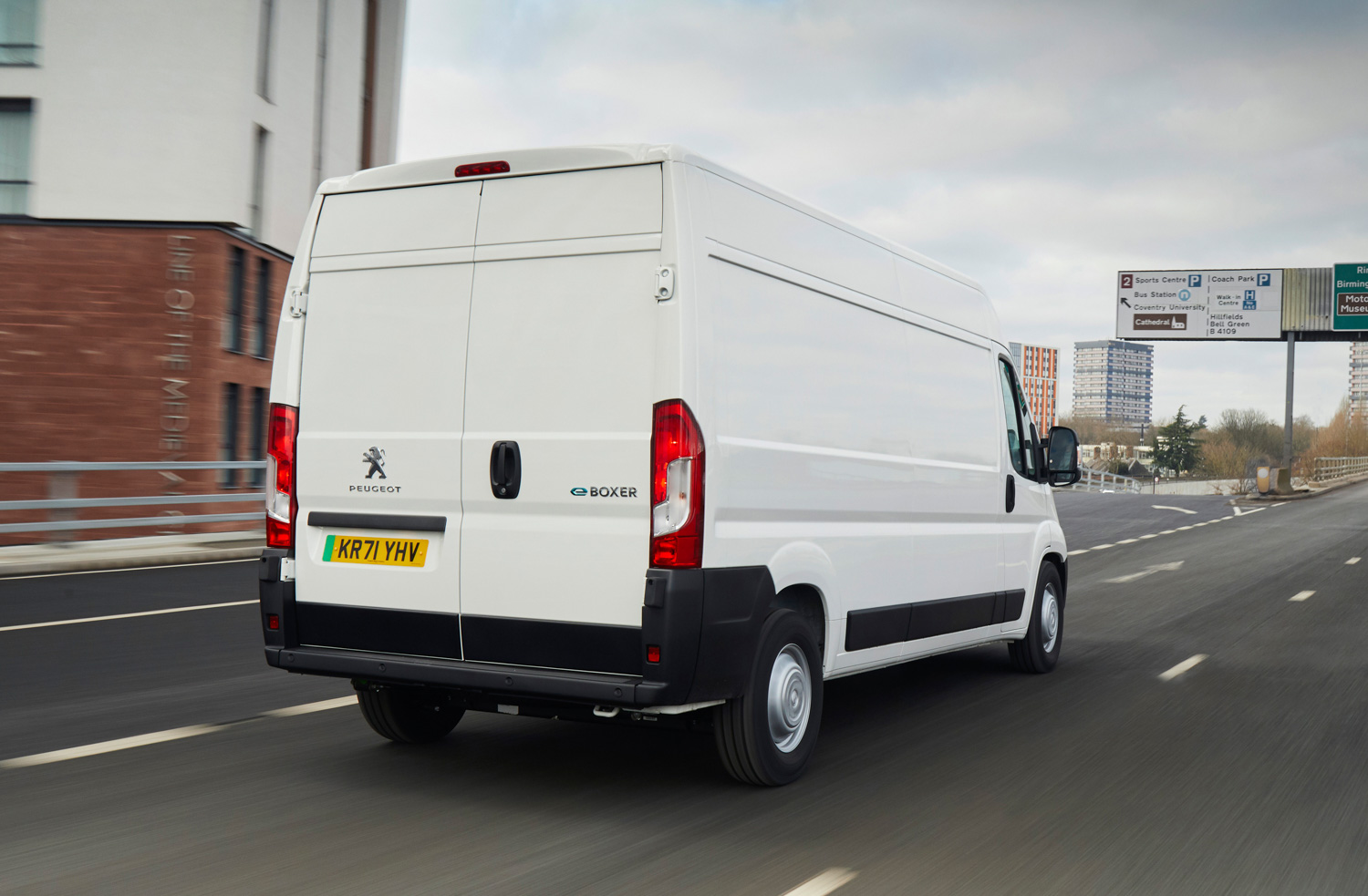 There’s some energy recovery when you lift off the throttle, but again this seems inconsistent - sometimes the van would start to slow with a jolt, in the same way that changing down a manual gearbox does, but at other times it would coast a bit more. There’s no way of adjusting the strength of energy recovery, either.

On the whole, though, the e-Boxer is pretty easy to drive. It’s smooth at a cruise and far quieter than the diesel Boxer at all speeds. We would’ve liked to hear less of a high-pitched whine from the electric motor, but light steering at least means this van is easy to handle, even if its large dimensions are a bit of a challenge in tight spots. Rear parking sensors are fitted to help you judge the van’s position, though. 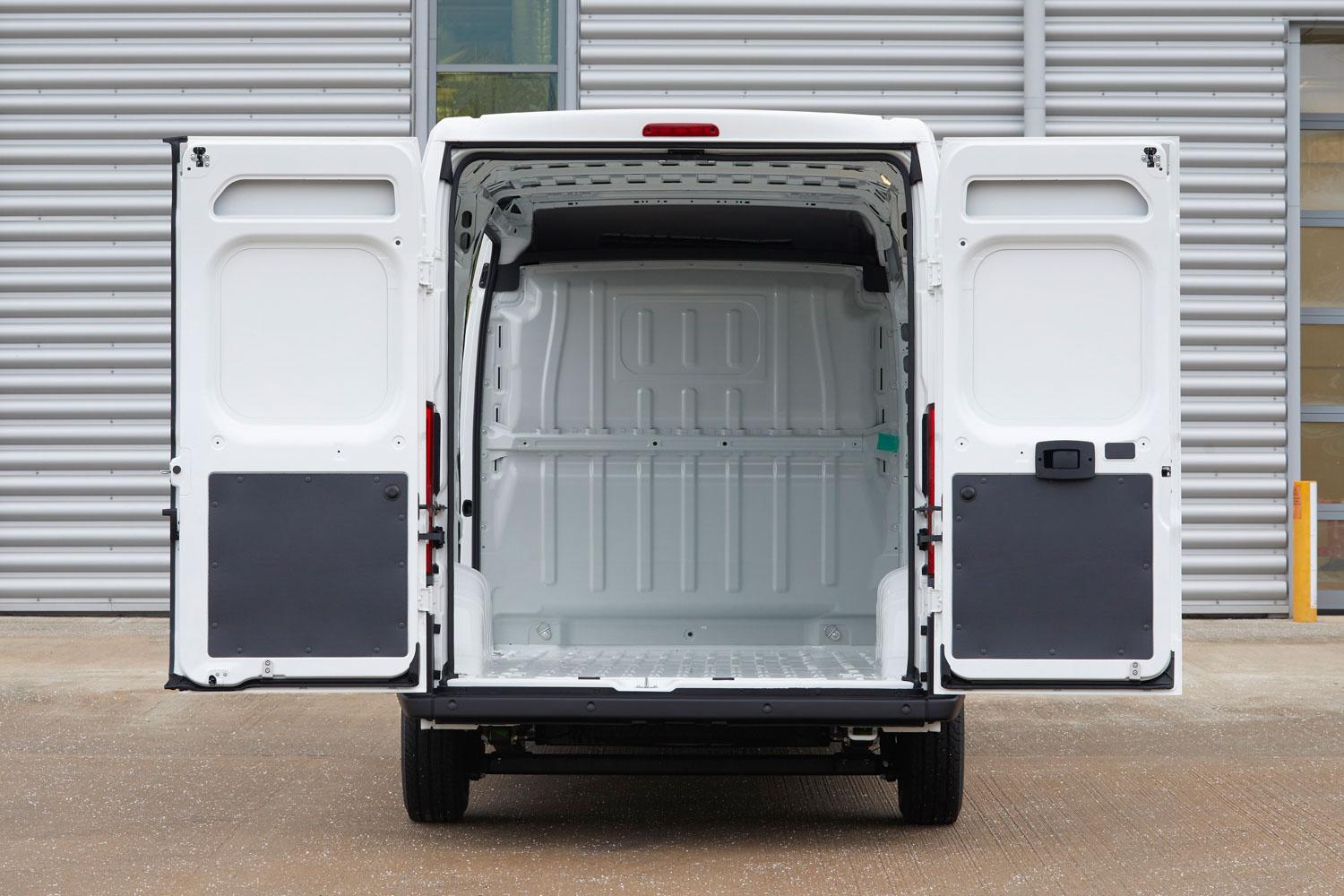 Alternatives to the Peugeot e-Boxer

Within the Stellantis group, the e-Relay is very similar to the e-Boxer, but the Citroen is available as a chassis cab ready for conversion, should you need a specialist electric van. The Opel Movano-e is also available, but the main opposition comes from within the group is from the Fiat e-Ducato, which comes with its own powertrain tech. The Fiat is more powerful and has a longer range thanks to the bigger batteries that are available, while better integration of the electrical displays in the cabin put it ahead of its in-house rivals. 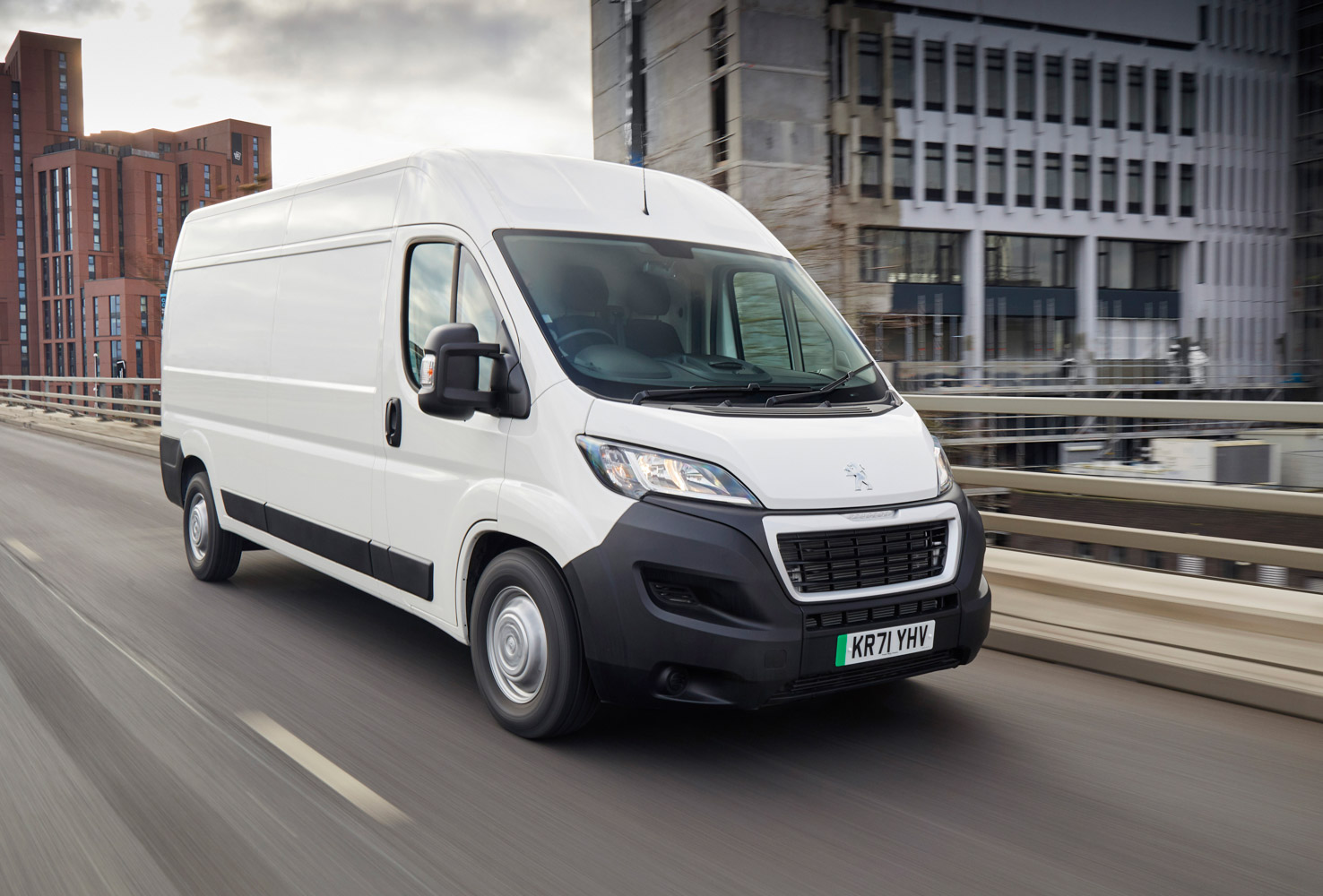 Elsewhere, the Mercedes eSprinter only comes in one body style and with a single battery choice, so it can’t match the e-Boxer for range, while the MAN eTGE is a niche choice that’s based on the Volkswagen e-Crafter, a van that’s not even offered in right-had drive markets. The Renault Master E-Tech (or ZE, as it used to be known) was an early adopter of the large electric van formula, but again it can’t match the big-battery e-Relay for range. Another van to be on the lookout for is the Ford e-Transit, which is coming in 2022 and will be a strong contender for class honours.