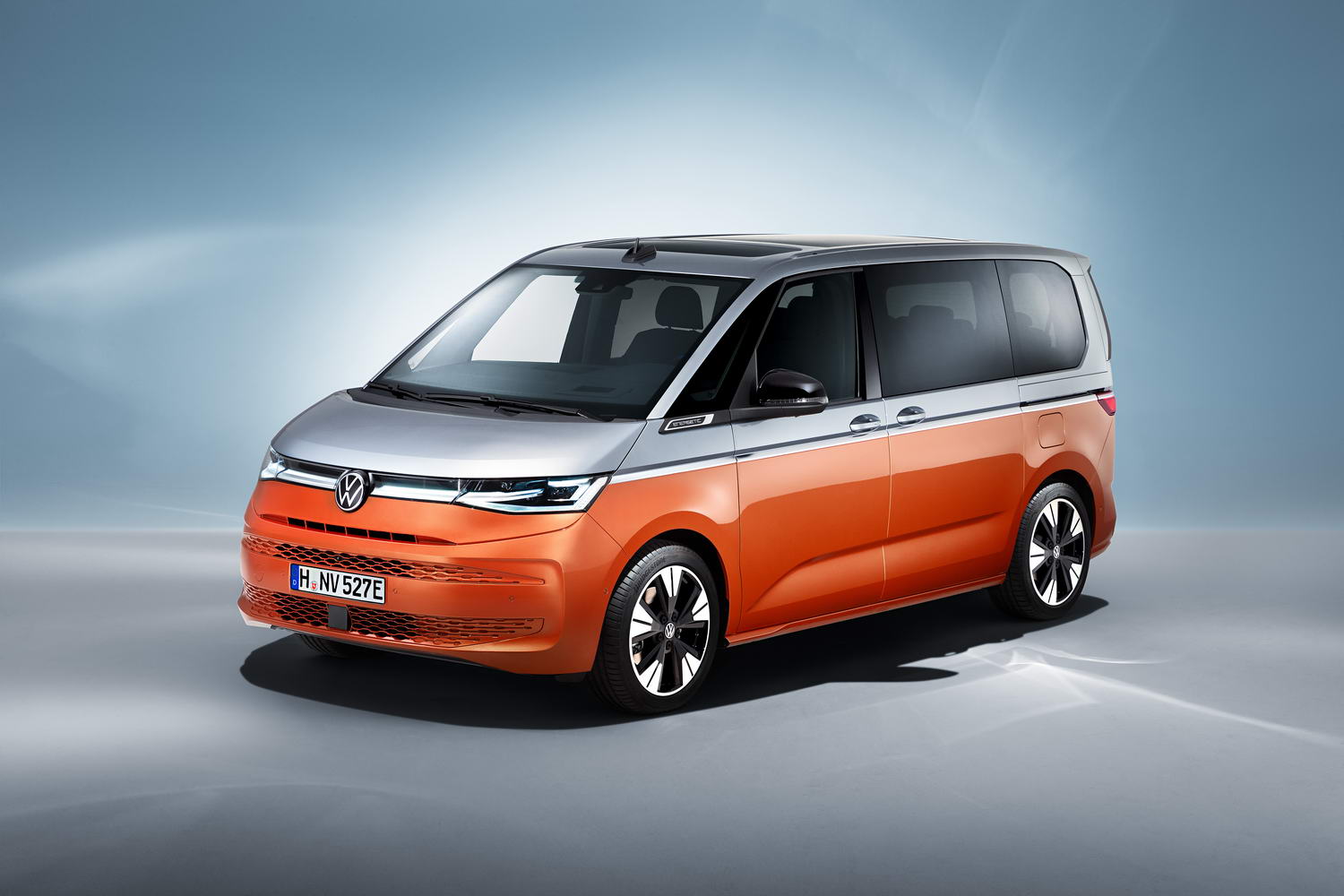 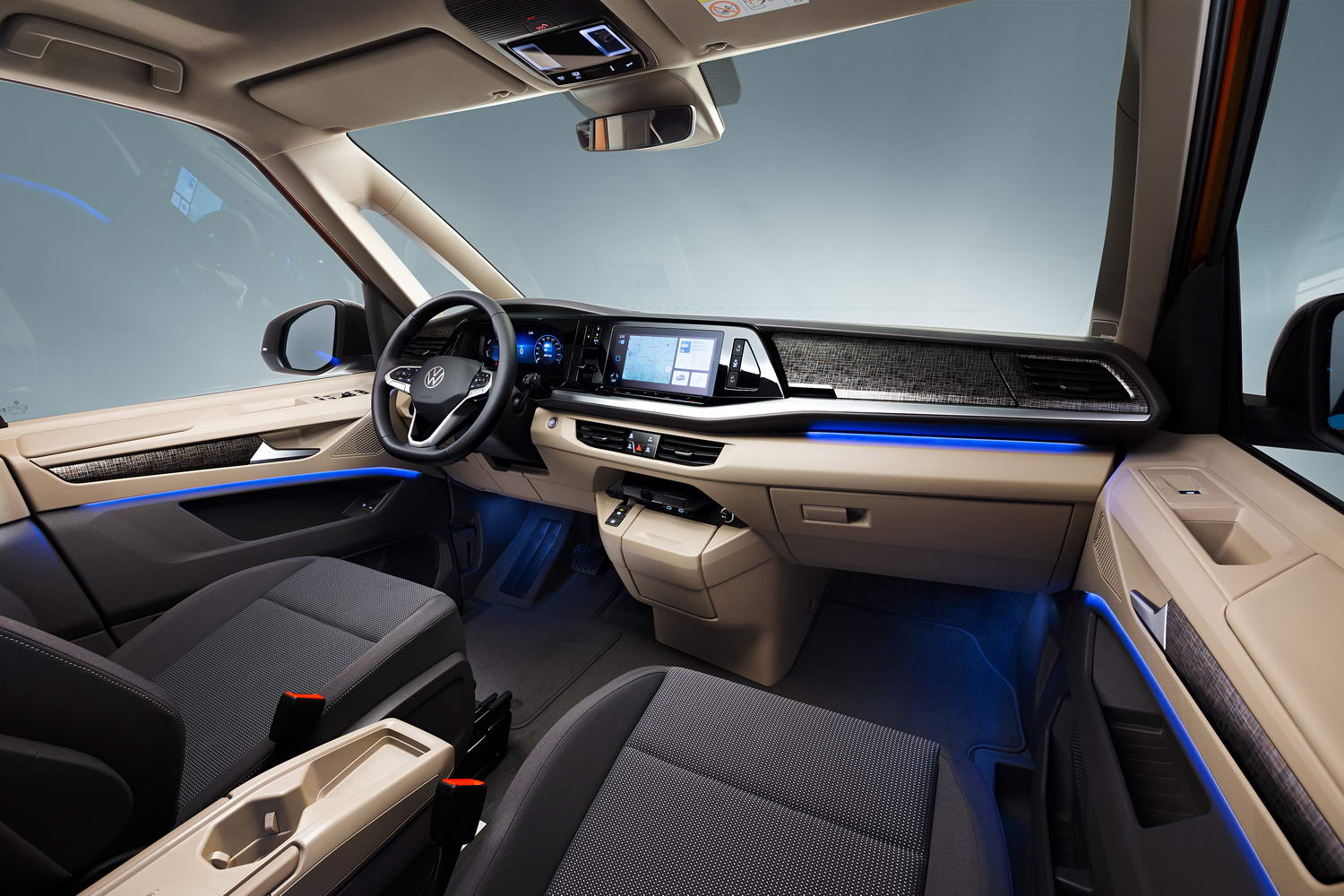 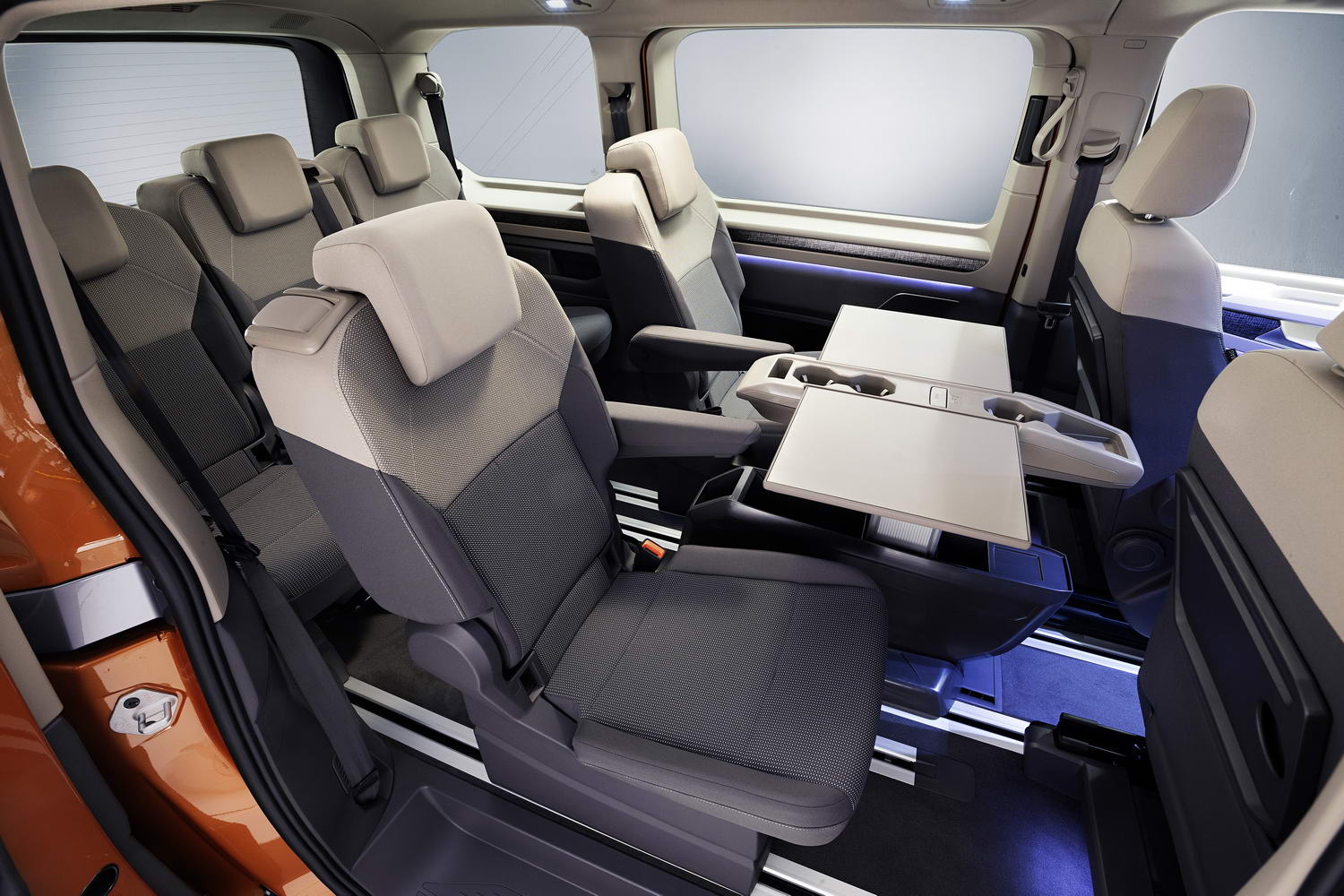 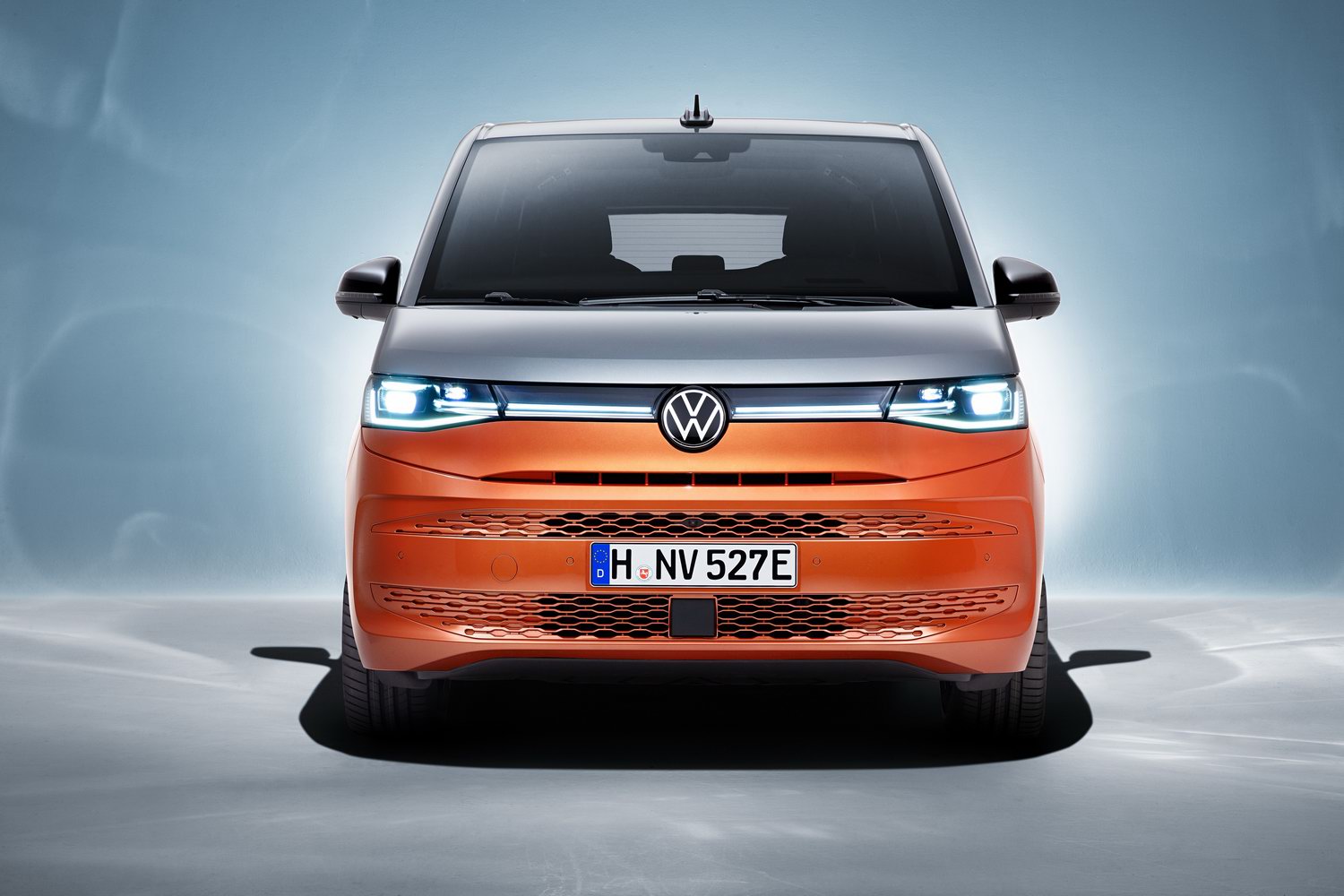 The new Volkswagen Multivan introduces a new era of design for Volkswagen Commercial Vehicles and is its first step towards electrification. It is part of a new approach with three pillars: the Multivan, Transporter 6.1 and, in the near future, the electric ID.Buzz. Built on the Volkswagen Group’s modular MQB platform, the new Multivan features a distinctive look, continuing what was first shown on the latest VW Caddy.

As it now uses the same platform that underpins several passenger models, such as the Volkswagen Tiguan, the Multivan should be more civilised to drive than before, and it benefits from a completely flat floor inside. The versatile interior can seat up to seven people and the rail system for the rear makes it easy to adjust or even remove the seats individually. For those that need to carry more passengers, Volkswagen will continue to offer the Shuttle, based on the Transporter 6.1. That model will also continue to form the basis for the California campervan.

On the interior it is clear to see the change in focus on design and the materials that are used. Drawing from the digital cockpit look that appears in passenger cars like the Volkswagen Golf, the Multivan incorporates a configurable instrument display and the large touchscreen system into one black panel. Between the screens is the small drive selector for the automatic transmission. Thanks to this setup, the centre console area is much more compact, freeing up more interior space and enabling a full walk-through design. 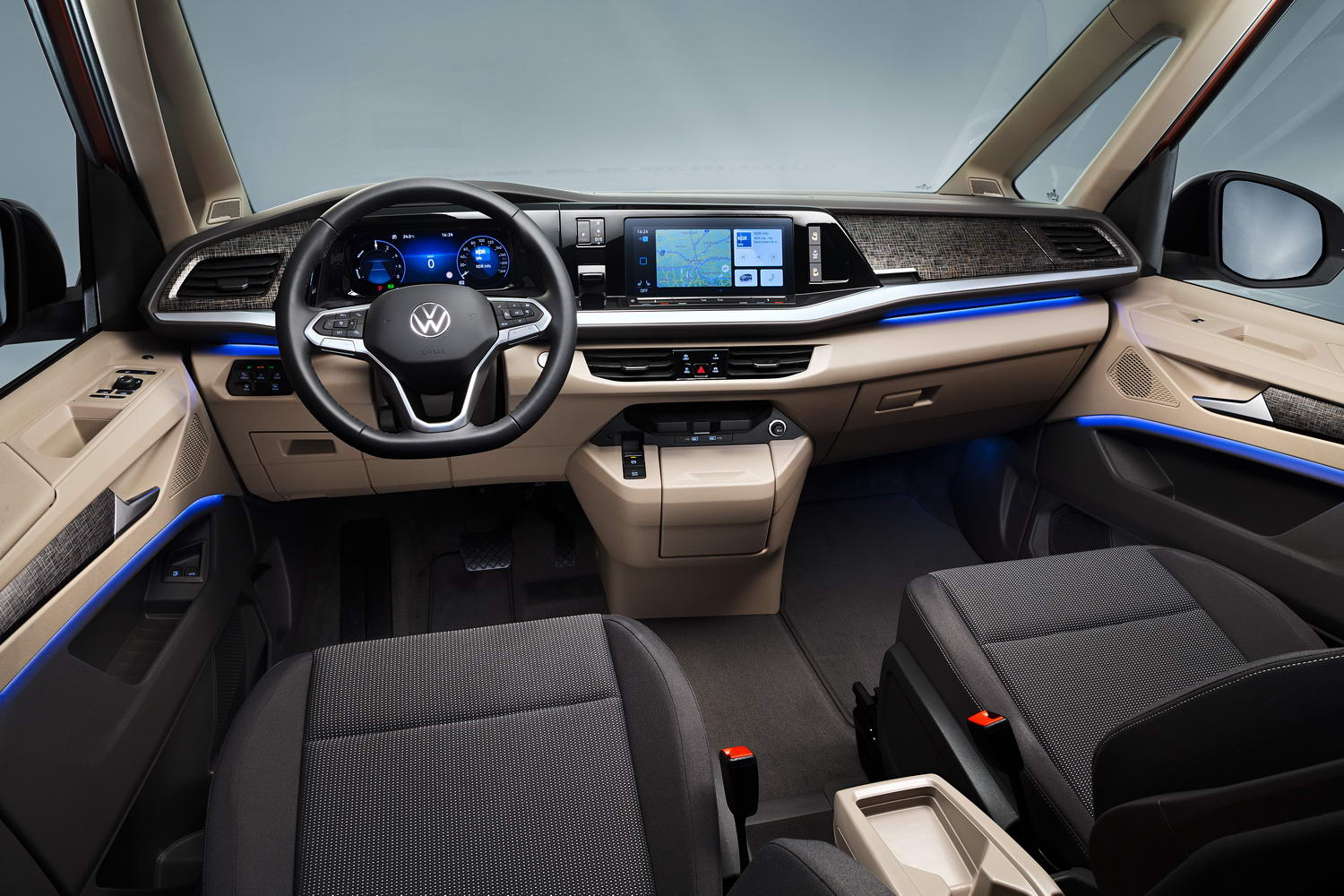 Volkswagen will offer a choice of different materials and upholstery options, while higher-specification models will feature ambient lighting that echoes the exterior ‘Multivan line’ and a vast panoramic glass roof for the rear, in addition to a sunroof over the front seats.

Although only one wheelbase will be available due to the constraints of the MQB platform, Volkswagen Commercial Vehicles will offer buyers the choice of two body lengths. The standard length is 4.97 metres, while the extended version stretches to 5.17 metres. Although the overall track is 30mm wider, the new door mirror design makes the vehicle narrower than before. The extended Multivan will have a maximum luggage capacity of 4,053 litres. 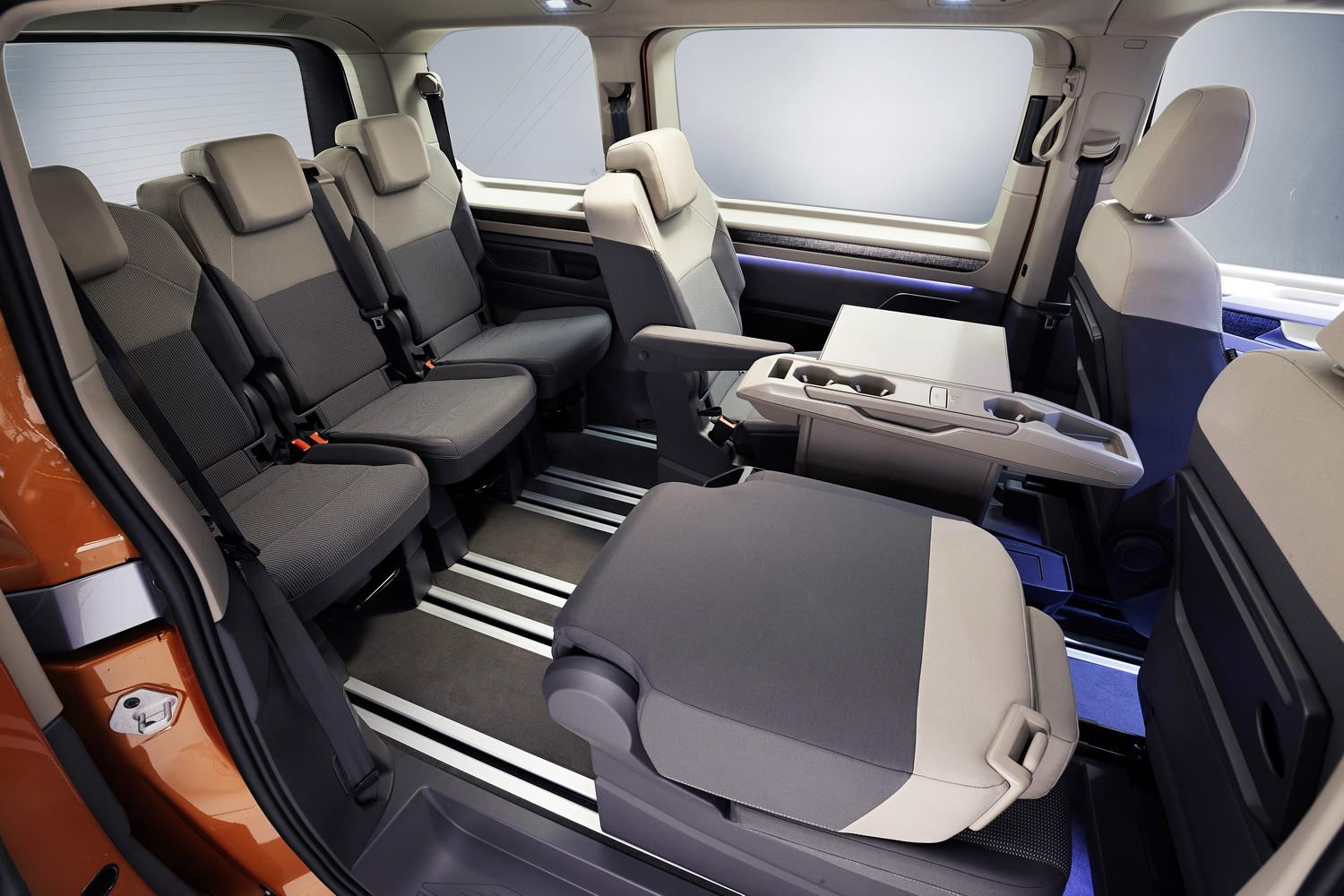 Two engines for the Volkswagen Multivan

A range of diesel and petrol plug-in hybrid engines will be available, and all will come with a seven-speed automatic transmission as standard. The 2.0-litre TDI option has an output of 150hp and should continue to be a popular choice. Of more interesting news is the introduction of the eHybrid model, which is powered by a 1.4-litre turbocharged petrol engine and an electric motor. This setup has a total output of 218hp and an official electric-only driving range of around 50 kilometres.

It is expected that Volkswagen Commercial Vehicles will offer three specification grades for the Multivan in Ireland with pricing starting around €54,885. The first models to arrive in January 2022 will be the plug-in hybrid, with the diesel arriving a little later, in March 2022. The range-topping versions are expected to cost €65,000.

Speaking at the unveiling of the Multivan, Alan Bateson, Director of Volkswagen Commercial Vehicles Ireland, said:

“We are really excited to welcome the all new Multivan to Ireland in the coming months, a vehicle that will be more car-like than ever before by switching to the MQB platform and with the latest Volkswagen Group technology and, most importantly, our first plug-in hybrid powertrain. Ahead of the all-electric ID.Buzz later next year the all new Multivan will set the new benchmark in this segment and we are confident of a great start in 2022 when it arrives to Ireland in January.” 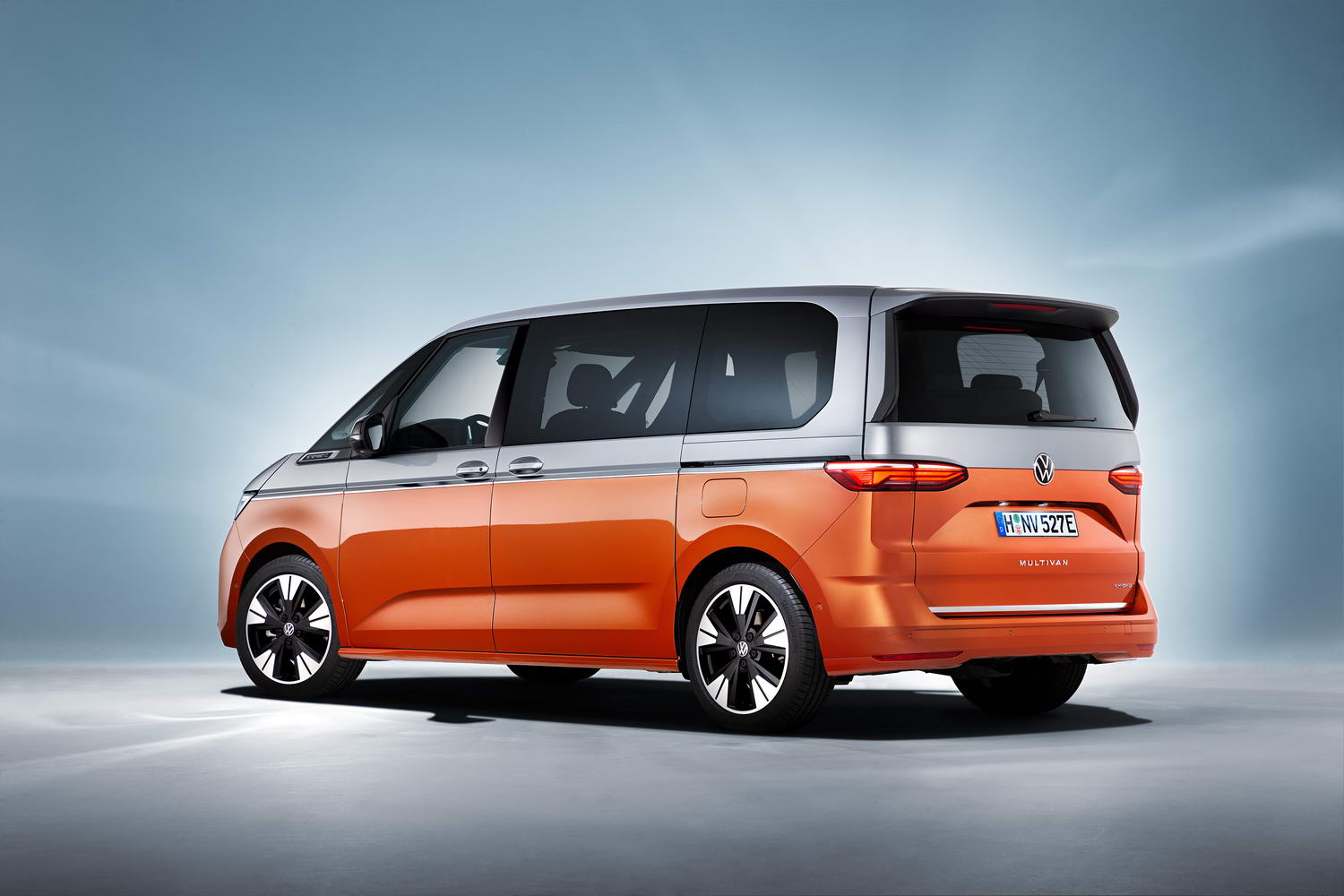