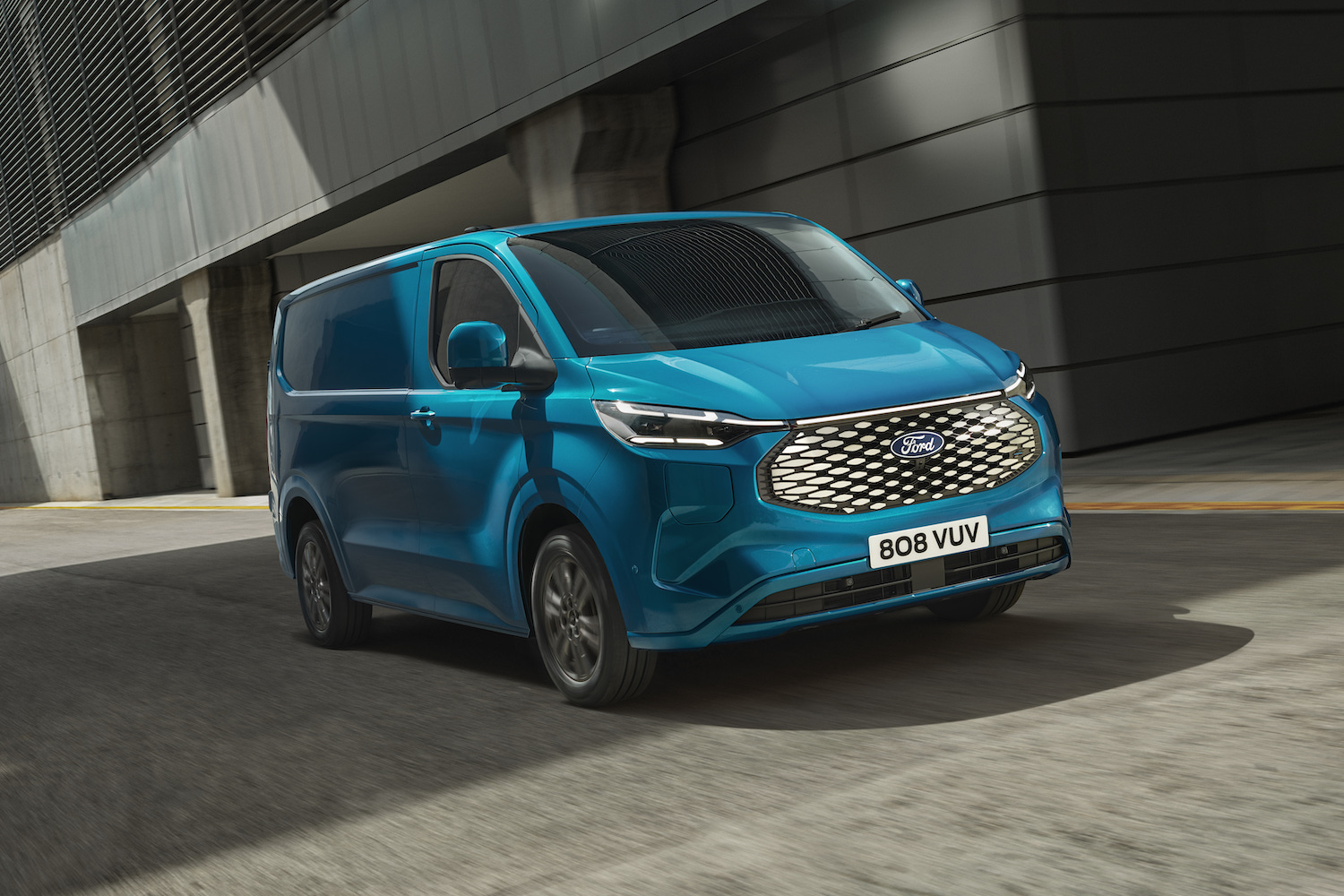 Ford has revealed the new electric-only version of its mid-sized Transit Custom, arriving in 2023.

Ford has provided its first glimpse at the look and design of the E-Transit Custom, the mid-sized electric van whose planned launch in 2023 will follow on from that of the full-sized E-Transit, production of which began in March.

The E-Transit Custom is the first new van to be announced since Ford of Europe split its commercial vehicle division away to form Ford Pro and will be the second of five all-electric vans that Ford plans to launch in Europe by 2024. 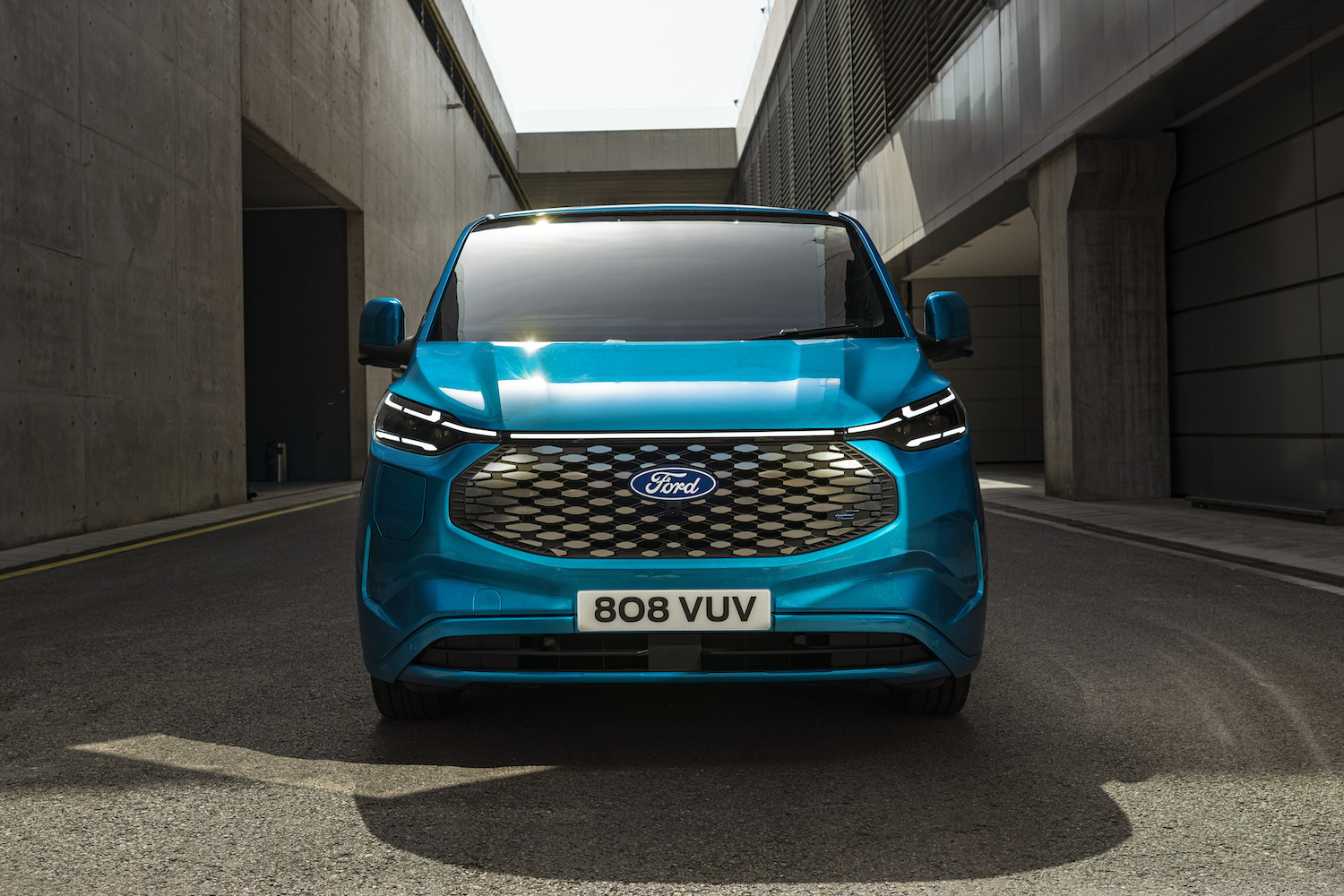 Unlike the bigger E-Transit, the E-Transit Custom sports a different look from the existing Transit Custom — Europe’s best-selling van — with slim new LED lights connected by a light bar across the front. Given that it doesn’t have the internal-combustion Transit’s cooling requirements, instead of a conventional grille, the E-Transit Custom gets a blanked-off hexagonal panel adorned with mesh graphics. The charge port is located on the offside front wing. 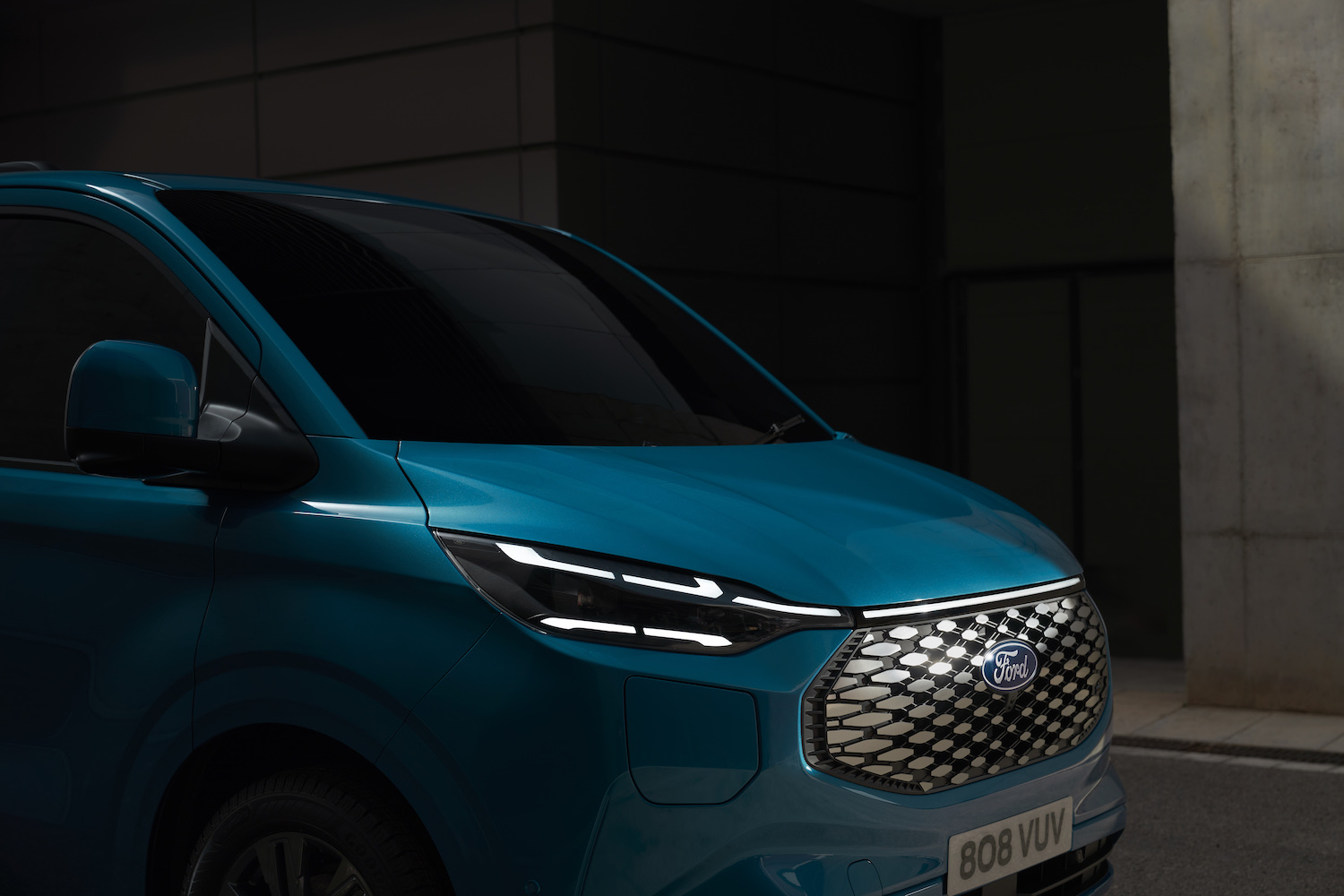 Ford hasn’t revealed much in the way of technical detail yet, though it promises a range of up to 380 kilometres, DC fast charging and “full towing capability”. The E-Transit Custom could, in that case, conceivably get similar powertrains to the full-sized E-Transit with its 68kWh battery pack and choice of 184hp and 269hp motors driving the rear wheels. It will also feature a 2.3kW vehicle-to-load power supply to allow the on-site operation of electrical tools, lights and other devices.

Given the E-Transit’s specs, the electric Custom may also get the same 12.0-inch interior touchscreen running the latest version of Ford’s Sync 4 infotainment system.

The E-Transit Custom will be built in Turkey by Ford’s Turkish joint-venture, Ford Otosan, alongside an electric version of the Volkswagen Transporter. The E-Transit Custom may also share a platform with the electric Volkswagen Transporter, unrelated to that of the full-sized E-Transit. The partnership between Ford and Volkswagen sees both companies sharing commercial vehicle architecture and Ford having access to VW’s MEB electric platform for at least two upcoming passenger vehicles. 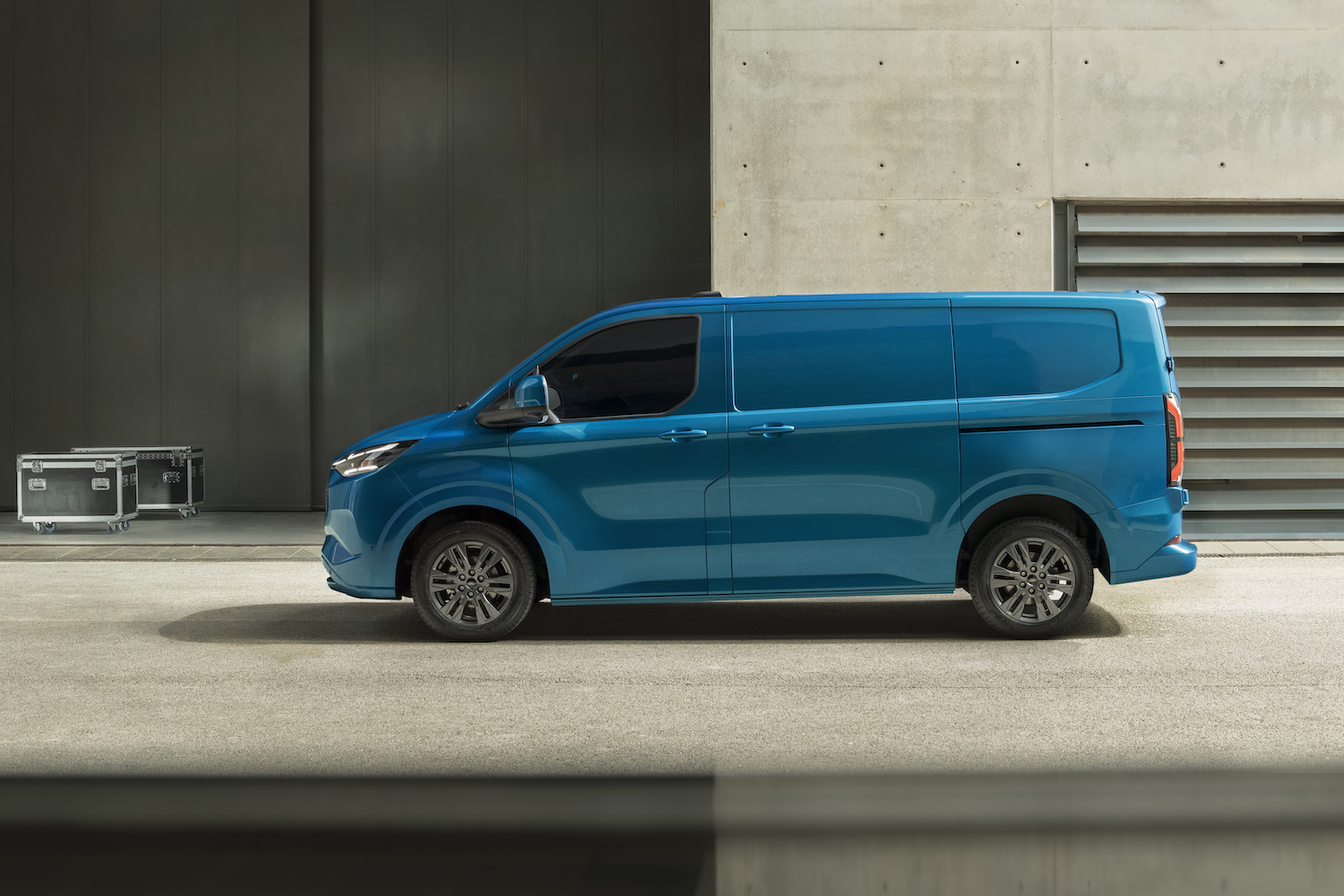 “This is a watershed moment for commercial vehicle operators in Europe, and another hugely significant realisation of our Ford Pro ambitions,” said Hans Schep, general manager at Ford Pro Europe.

“Europe’s best-selling van just went all-electric and — supported by our unique Ford Pro one-stop-shop of productivity-boosting services — the operating benefits this will bring to business across Europe cannot be overstated.”