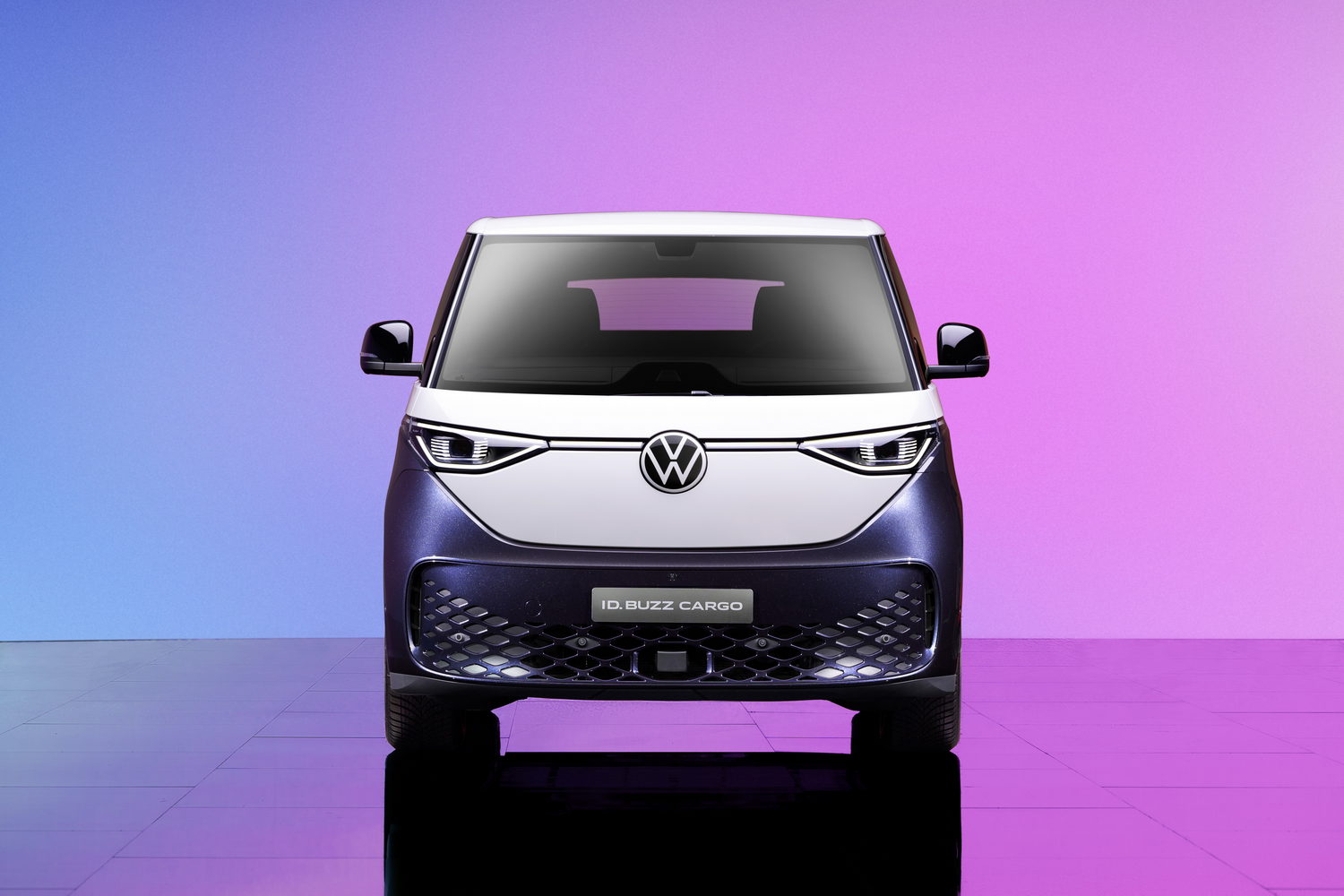 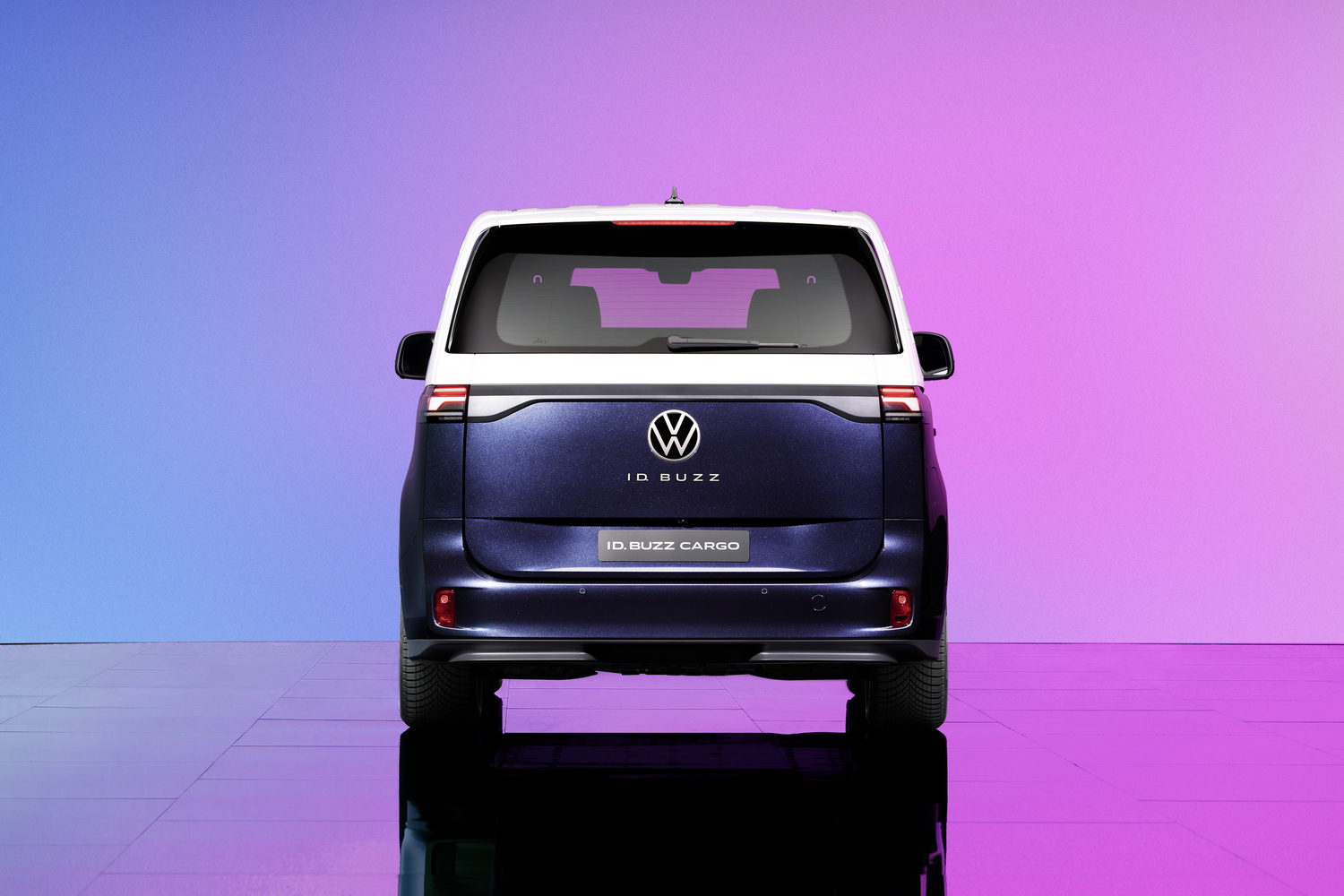 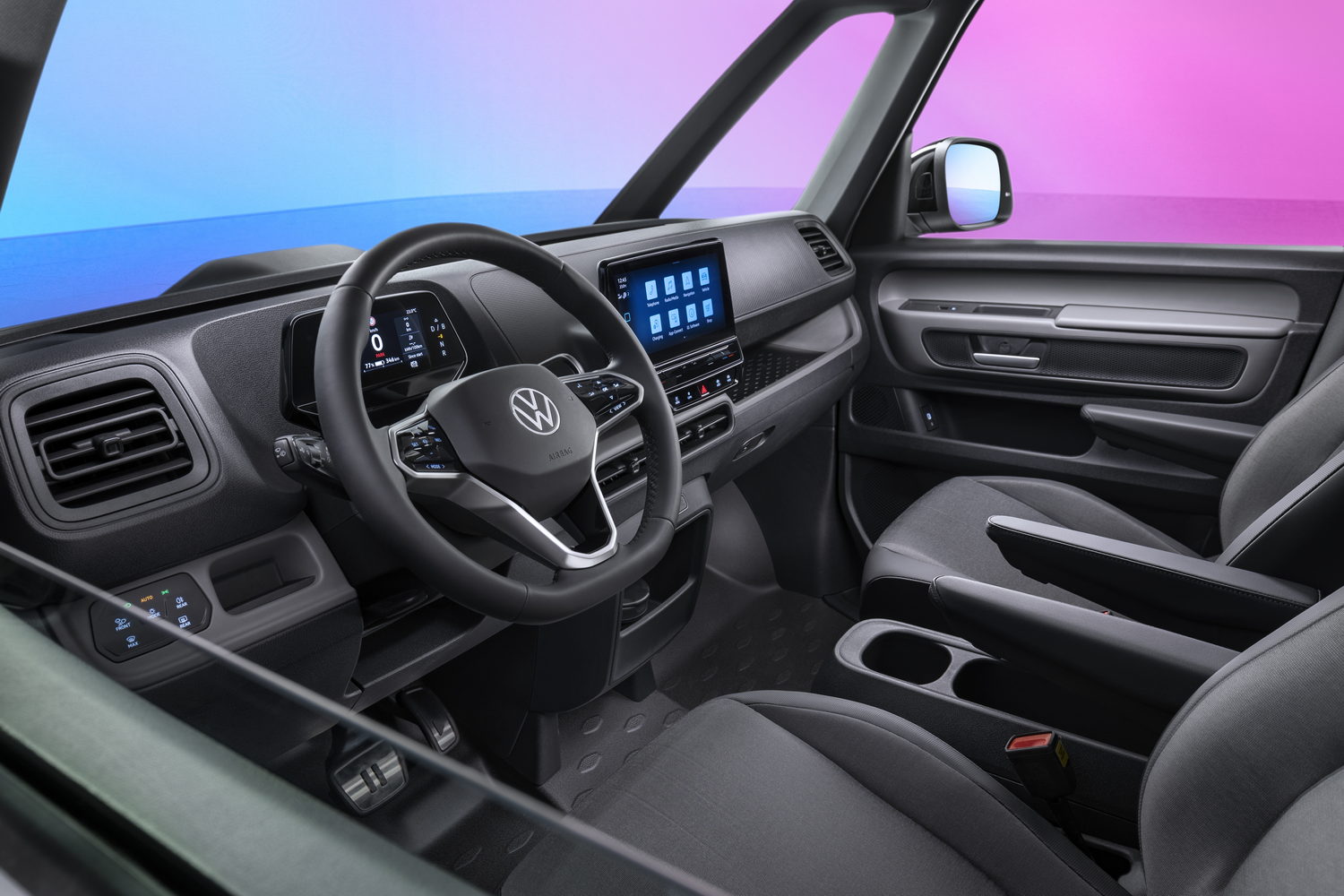 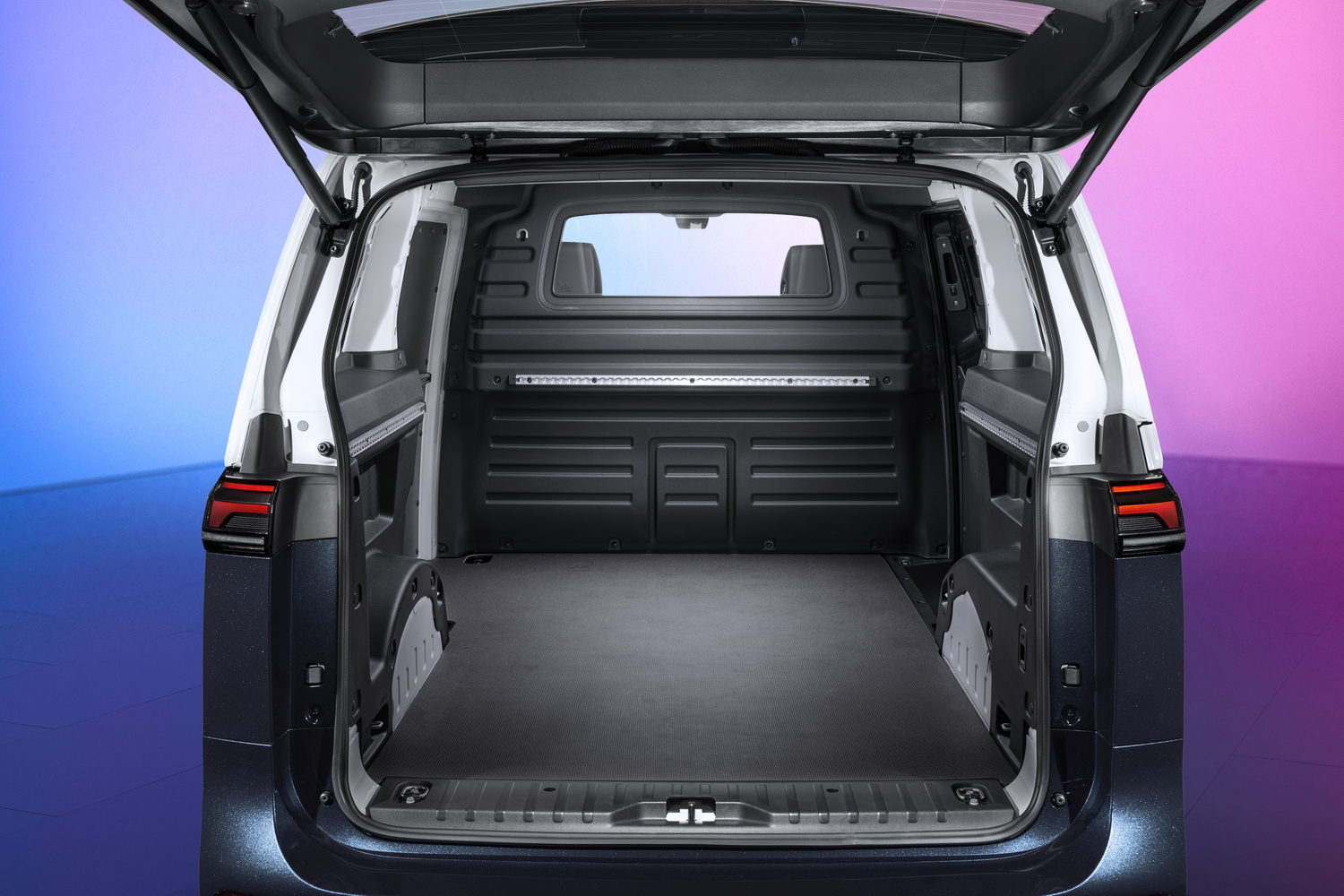 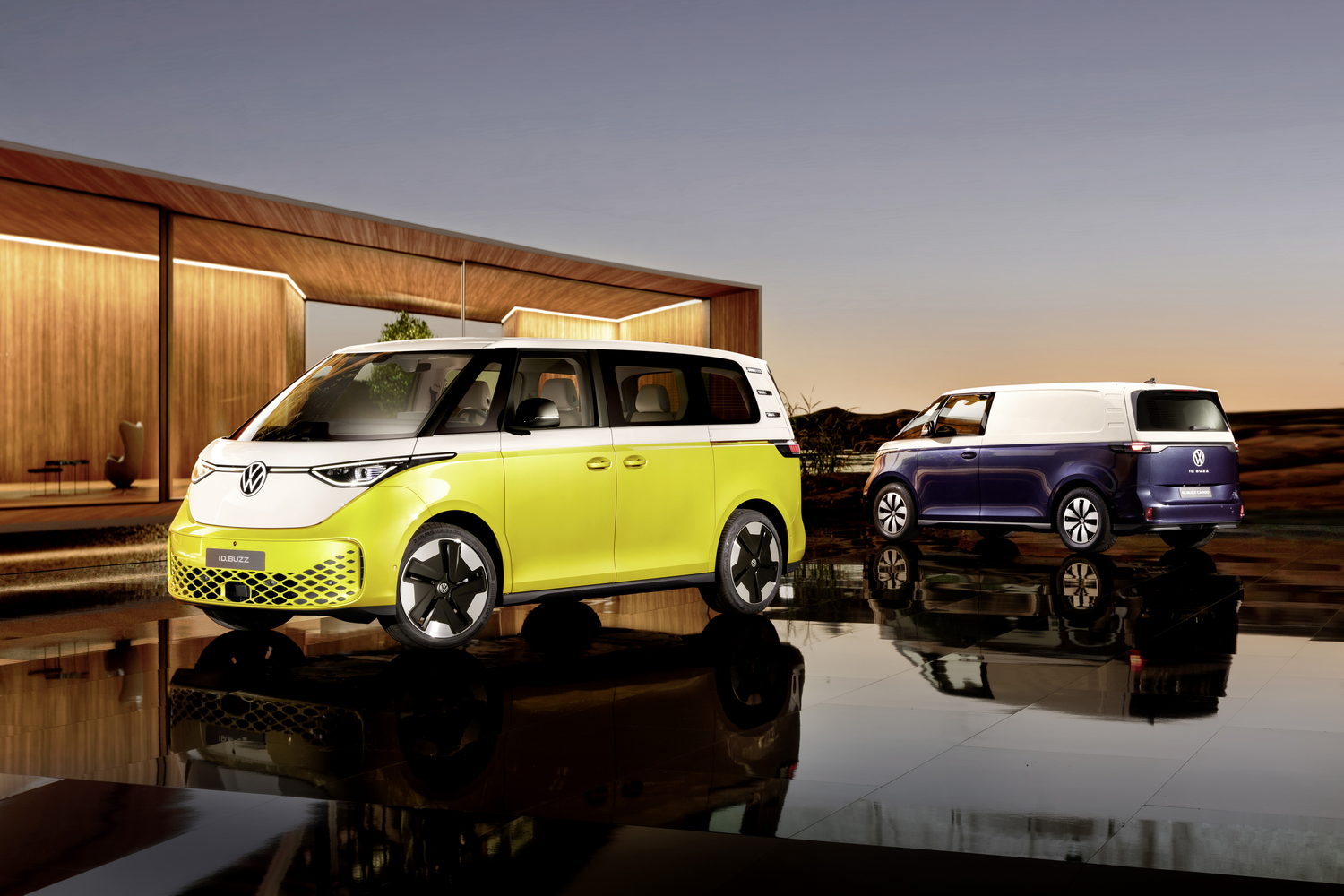 The latest van to come from Volkswagen is part of a two-pronged assault on the electric vehicle market, in the shape of the VW ID.Buzz Cargo. The new van is the first commercial vehicle to be based on the VW Group’s MEB electric platform, and launches alongside the ID.Buzz people carrier.

Back to the future style

The first thing that strikes you about the ID.Buzz Cargo is its retro-inspired looks. It takes cues from VW’s original Type 2 ‘Bulli’ van and injects some style into the commercial vehicle sector. Higher-spec models will be available in two-tone colours with white over a base shade, while LED lights front and rear give the van an upmarket appearance. As with the passenger model, the Buzz Cargo gets a top-hinged tailgate at the back, while the van gets a single sliding side door as standard, with the option of a second door. 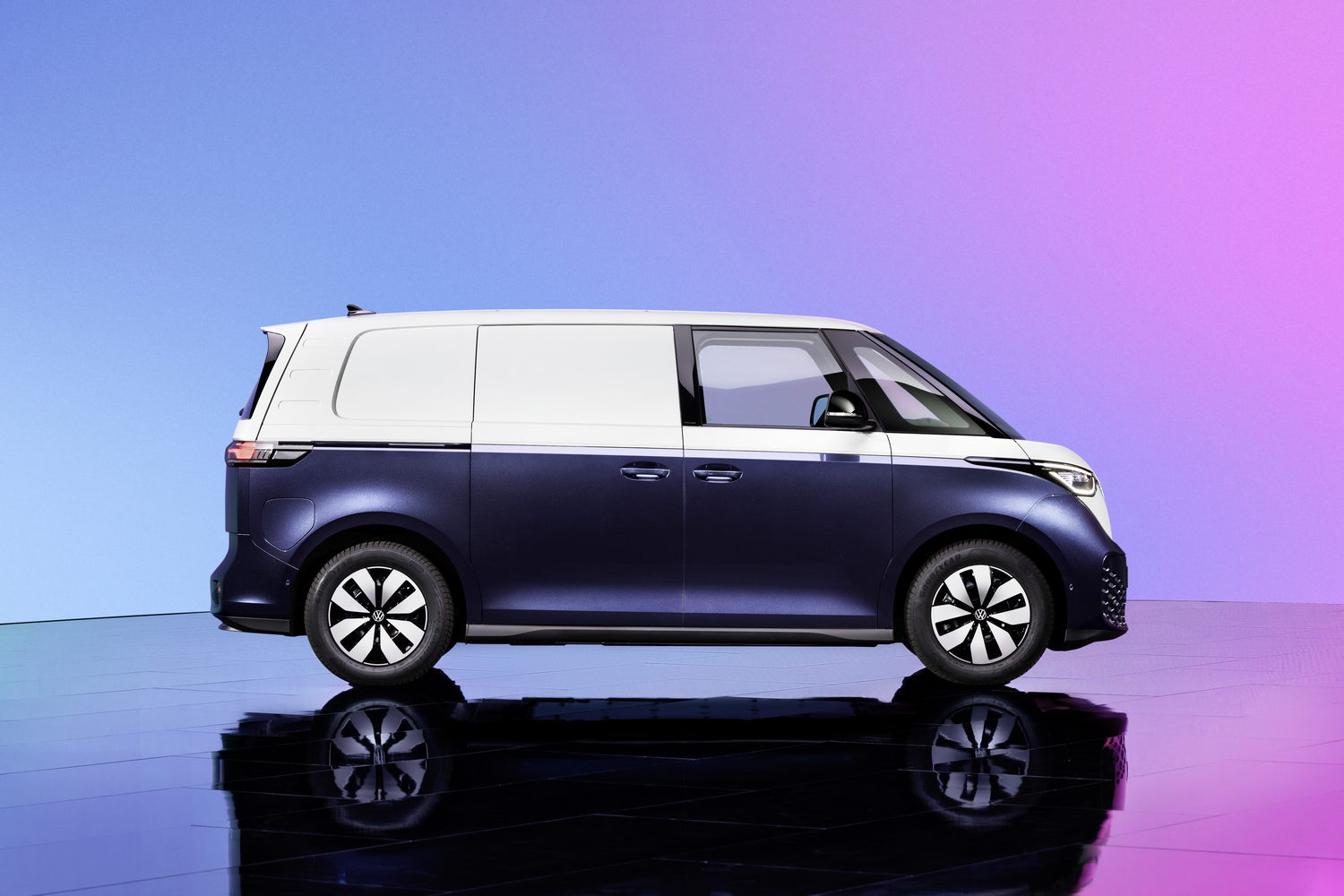 The tailgate features a window, while a steel bulkhead partitions the cargo area from the passenger compartment. Up front there will be seating for two or three, depending on specification, while the cab features most of the tech and gadgets that will be on offer in the ID.Buzz MPV. That includes a 5.4-inch driver’s display and a dashtop-mounted 10-inch touchscreen with full online services and wireless smartphone connectivity. Safety equipment will include autonomous emergency braking and ParkPilot to warn of obstacles in your blind spots, while more will be available on the options list. 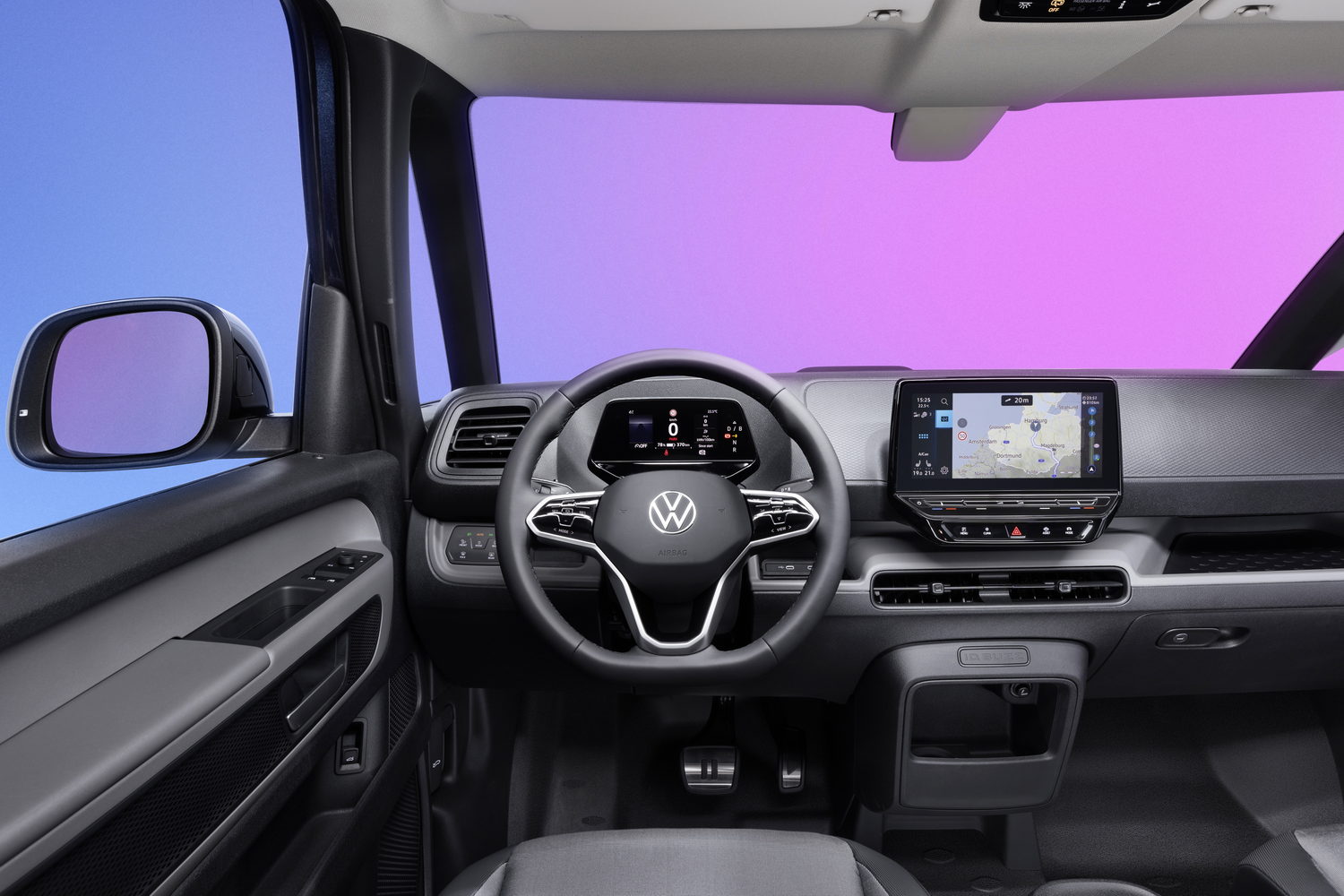 Drive comes from a rear-mounted electric motor making 204hp that sends power to the rear wheels. That means the front wheels just look after steering, and the ID.Buzz Cargo has a tight 11.1-metre turning circle as a result, which will be a bonus around town. 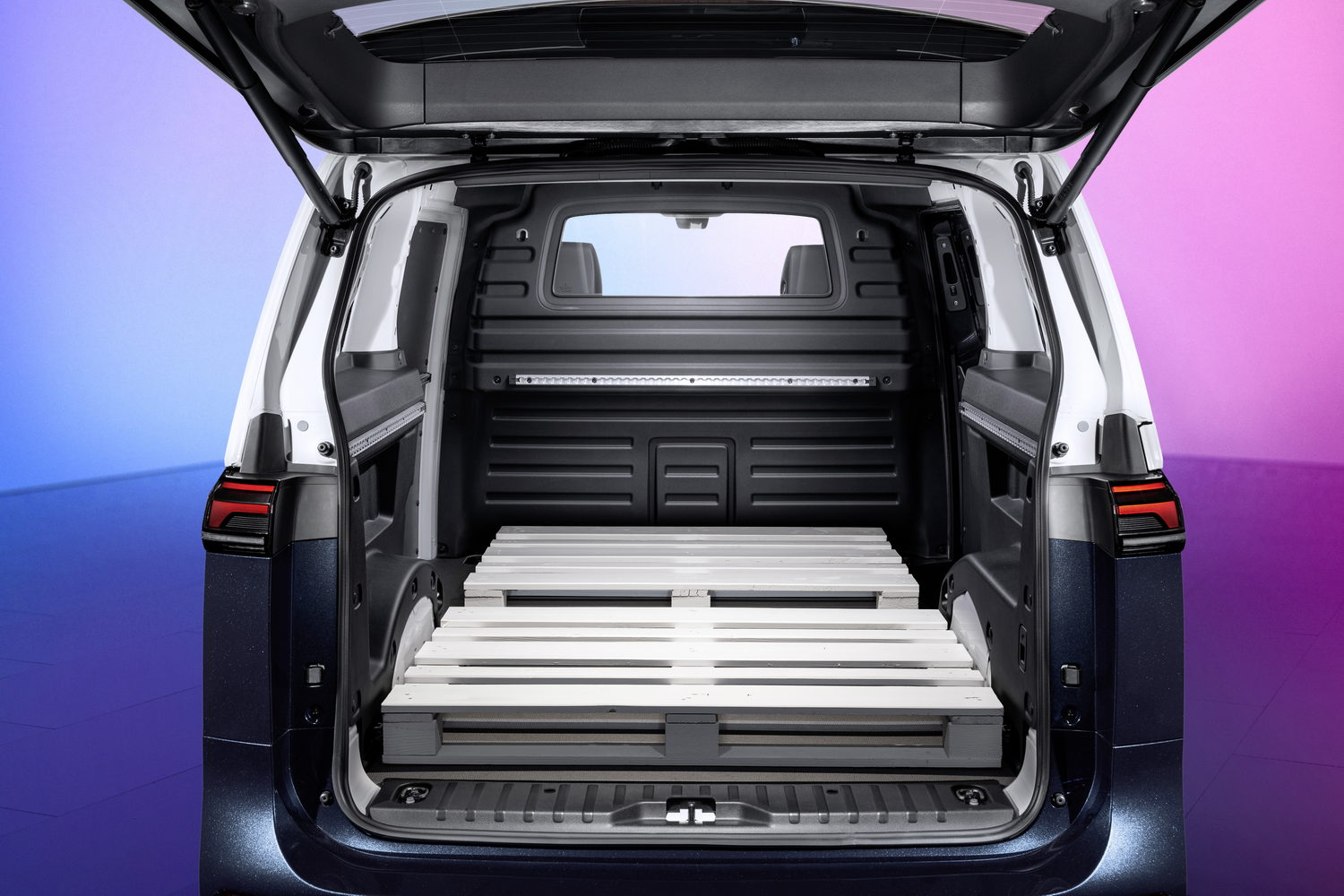 The 77kWh battery is located under the cargo floor - so there’s a 632mm load sill – but VW has yet to confirm the driving range of the new ID.Buzz Cargo. Cars such as the ID.3 and ID.4 can travel more than 480km on a full charge, but while the larger van might not be able to achieve this, it should beat most rival electric vans for range. For example, the Stellantis Group of electric vans offer a range of around 330km from a 75kWh battery. VW will offer even larger battery options and two-motor four-wheel drive in the ID.Buzz Cargo at a later date, as well as longer body lengths. 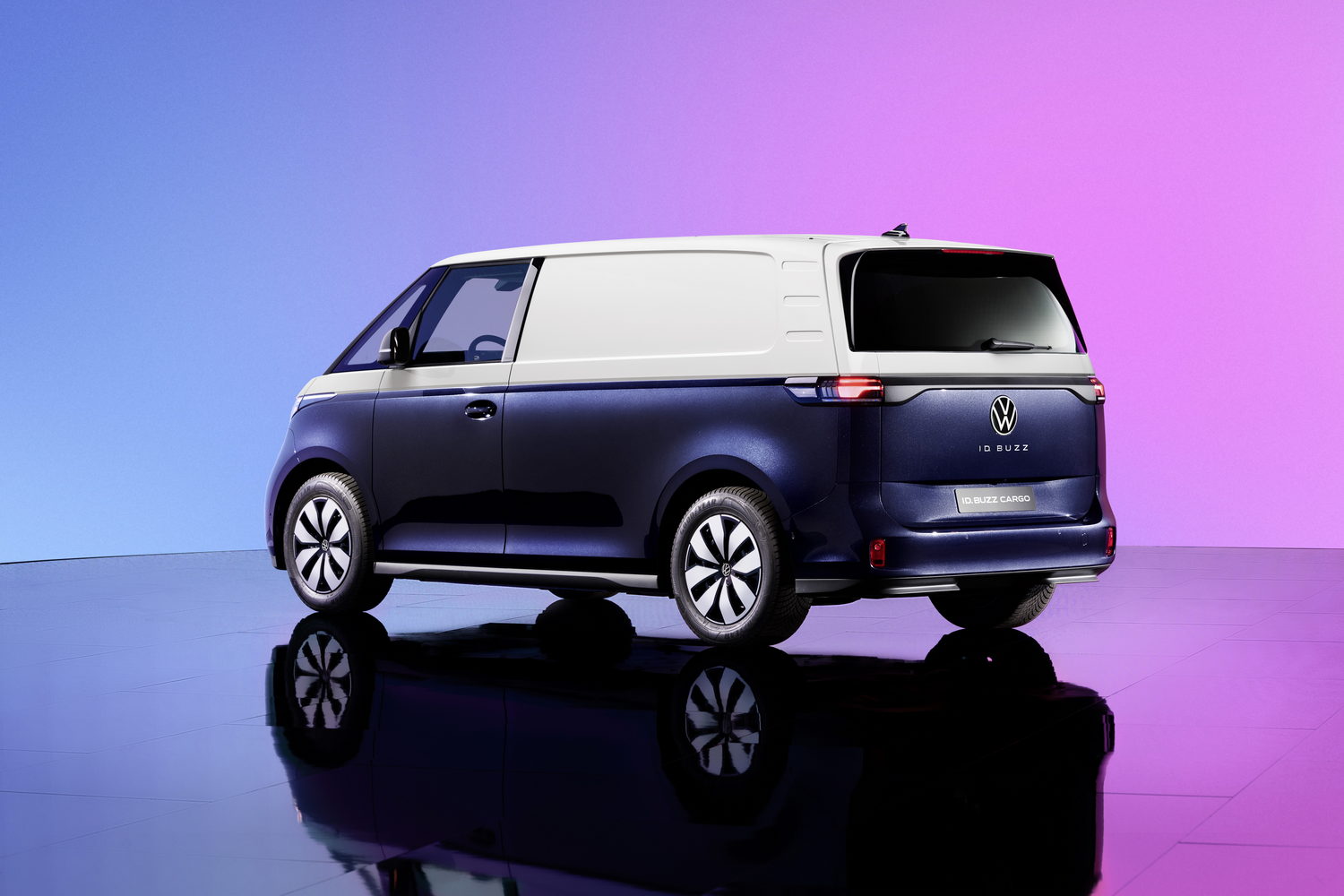 The 77kWh model will feature charging capability of up to 170kW, and a DC source at this output will be able to recharge the battery from five to 80 per cent capacity in 30 minutes. There’s 11kW AC charging on offer, too, for the fastest premises charging connections, while the ID.Buzz Cargo will come with ‘bi-directional’ charging. This means that as well as being charged from the mains, power can potentially be drawn from the battery back into the grid.

Prices for the new VW ID.Buzz Cargo will be announced in due course, with first deliveries to Ireland scheduled for late 2022.