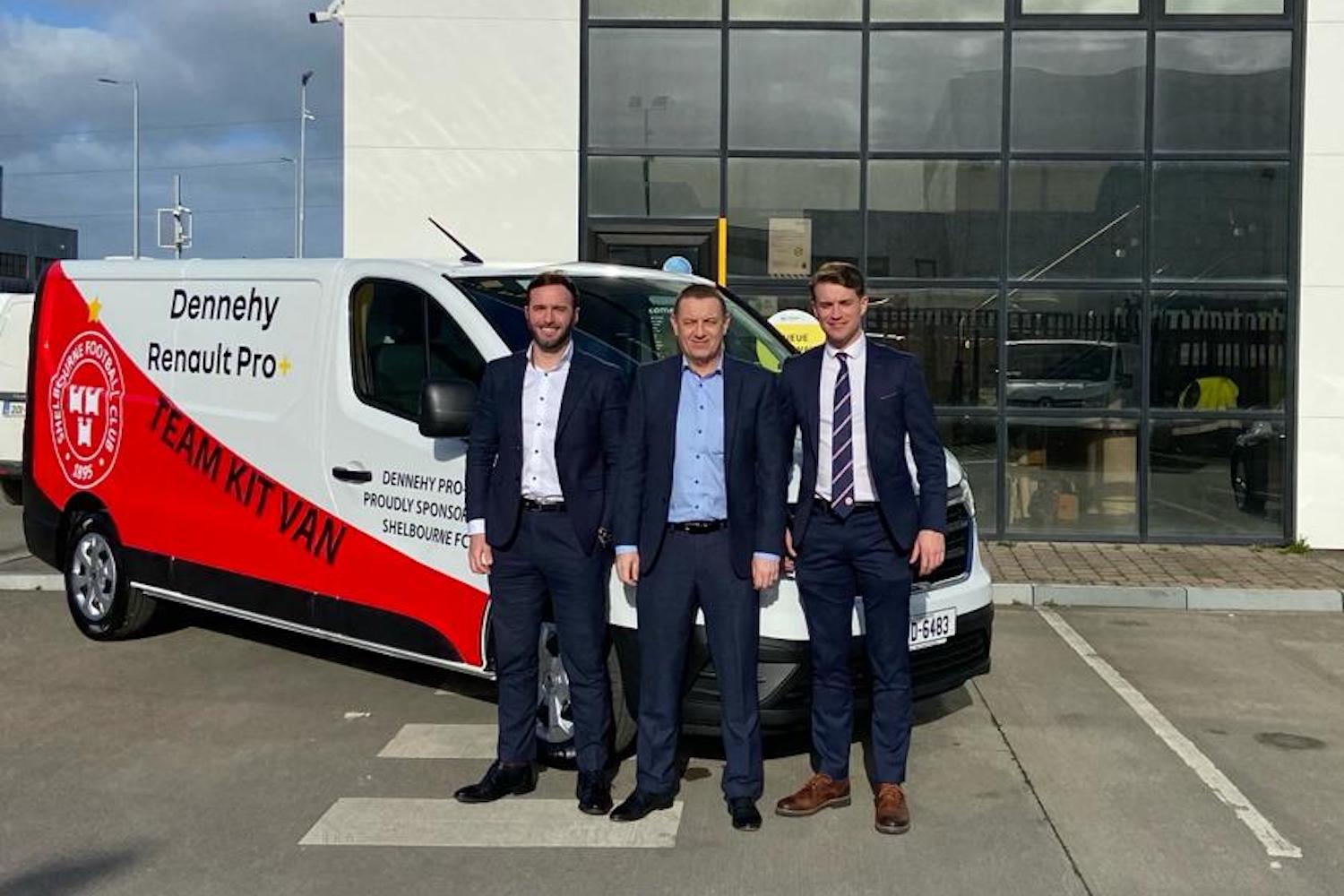 The football club will get a Trafic van, and there will be ground signage

Dennehy Renault Pro+ dealership will become a sponsor of Shelbourne FV football club in Dublin. Shelbourne is one of the oldest football clubs in Ireland, having been founded in 1885, and has won an impressive haul of trophies — 13 League of Ireland titles along with ten national cups, one Women’s National League and one FAI Women’s Cup.

The club, as well as playing in the top-flight SSE Airtricity League, also plays in the FAI Women’s National League and has a thriving Academy based at the Athletic Union League in North Dublin with over 400 boys and girls.

Meanwhile, Dennehy Renault Pro+ is a dedicated commercial and fleet customer Renault dealer based in Blanchardstown in west Dublin. Dennehy’s claims to be “a one stop shop with all solutions available onsite for commercial customers and provides guidance on all transport solutions including converted vehicles tailored to precise requirements.”

As part of the tie-up, Shelbourne will get a branded Trafic van to carry its kit and equipment for matches, while Dennehy’s will get some advertising hoardings at the club’s Tolka Park home ground.

Dennehy Renault Pro+ General Manager, Patrick Cahill, said: “Dennehy Renault Pro+ are delighted to be associated with such a prestigious club as Shelbourne FC for the 2022 season and we hope that the Renault Trafic Kit Van provided will help Damien Duff and the lads drive their way to a successful campaign in the Premier Division. With Dennehy Pro+ being part of a family run business of over 50 years, it is an honour to be involved with a club steeped in so much local history”.